Viceland has an incredible photographic tour of Japan's Hashima Island, an hour's sail from Nagasaki's port.

...A former coal mining facility owned by Mitsubishi Motors, it was once the most densely populated place on earth, packing over 13,000 people into each square kilometre of its residential high-risers. It operated from 1887 until 1974, after which the coal industry fell into decline and the mines were shut for good... 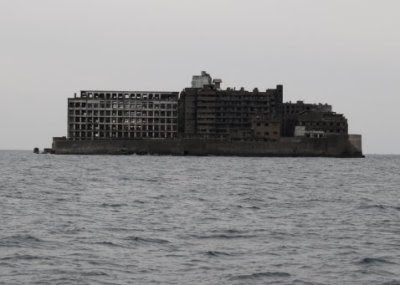 ...With their jobs gone and no other reason to stay in this mini urban nightmare, almost overnight the entire population fled back to the mainland, leaving most of their stuff behind to rot. 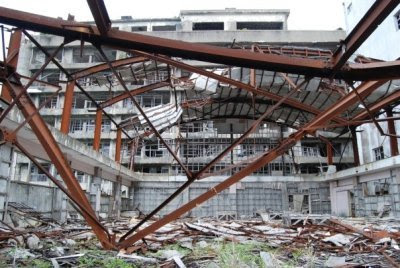 Today it is illegal to go anywhere near the place as it’s beyond restoration and totally unsafe...

In all seriousness, it reminds me of Grove Parc in Chicago, the first in a series of stunning success stories brought to you by Valerie Jarrett and Barack Obama.