"[Obama's] Mandate of 35.5 mpg by 2016 is like fighting obesity by outlawing large clothing"
Car & Driver has a detailed analysis of the Obama plan to utterly destroy America's auto industry.

Obama's CAFE Fuel Economy Standards to Create Fleet of Tiny, Expensive Vehicles - The proposed mandate raises CAFE standards about five percent annually from today’s level of 23 mpg for trucks and 27.5 mpg for cars to 30 mpg for trucks and 39 mpg for passenger cars by 2016, for an average of 35.5 mpg overall. This is roughly four years earlier than the already aggressive 35-mpg goalpost established by Congress in 2007... 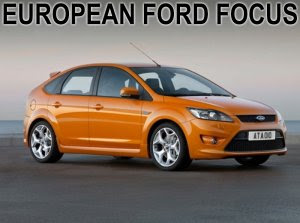 ...Senator after senator cites as evidence for the attainability of these standards the vehicles sold in Europe. But car for car, European vehicles aren't meaningfully more efficient. Take the Ford Focus sedan, a car that's comparably sized here and in Europe (although not the same vehicle). In the U.S., the base Focus sedan costs $15,000, has 140 hp, and is rated at 28 mpg combined by the EPA. The base Focus sedan available in Germany costs $20,000 (plus 19-percent tax!), has only 79 hp, and would be rated by the EPA at approximately 30 mpg combined if they were to test it. (Our estimate is based on standard differentials between U.S. and E.U. test numbers.) Paying an extra $5000, Europeans sacrifice 44 percent of their horsepower and gain less than 10 percent in fuel economy.

So why is Europe's fleet so much more efficient overall? The cars people buy there are much smaller. The Focus is one of the tinier mass-market cars sold in the U.S. today, but it's considered a reasonably sized family vehicle in Europe. The average European consumer buys a car a few sizes smaller than a Focus. (This is mainly due to space constraints in cities and smaller roads. If Europeans drove the long distances we do, they likely would drive Hummers, too.) And about half of Europeans buy diesels, which consume around 30-percent less fuel... 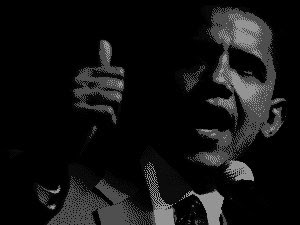 ...All of this means that the anticipated $1300 price increase per vehicle quoted by the Obama administration is absurd. Only if consumers trade down a few vehicle sizes and pay $1300 can the targets be met...

...The Obama administration claims the new measures will save 1.8 billion barrels of oil over seven years. But that claim assumes new-car buying habits continue unabated and that people will want to buy expensive, tiny cars. If people instead elect to purchase bigger, cheaper used vehicles, there will be no reduction in consumption; those used vehicles are the same "guzzlers" we're driving today. The fuel economy gains we might have seen with reasonable mileage targets for new vehicles won't be realized if fewer new vehicles are sold. Worse, the auto industry will continue to shrink because of the decrease in new-vehicle sales. 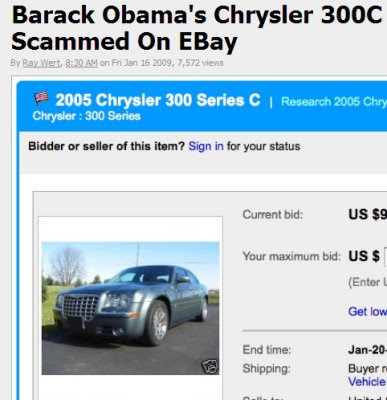 Jeez, what a surprise. Democrats try to engineer society and end up with a clusterf***.

I'm truly shocked, given that Medicare, the "War on Poverty", Social Security, Fannie Mae, Freddie Mac, Medicaid, the FHA, the Obama "Stimulus" Package and all of the other Democrat Party boondoggles have been utter, complete failures. While vacuuming trillions of dollars out of taxpayers' pockets.

And do you know what's truly hysterical? The Hypocrite-in-Chief -- I mean, President Obama -- has a history of driving the kind of gas-guzzlers his policies decry.

So King Obama wants us to drive golf carts while he drives luxurious behemoths.

Linked by: Dan Riehl. Thanks!