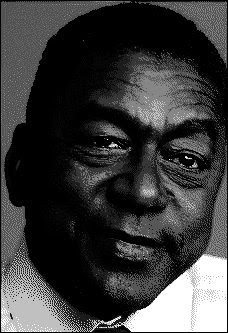 Few doubt that Zero Hedge is among the finest quant blogs on the planet. Its amazing work in analyzing the relationships between campaign contributions and Chrysler dealership closings resulted in a stunning conclusion: "a noticeable and highly positive correlation between dealer survival and Clinton donors" (87% confidence interval).

Put simply, Zero Hedge found that dealer owners who contributed to Hillary Clinton had a far-better-than-expected "survival rate" than any other set of donors.

And, oddly enough, "car czar" Steven Rattner's wife (Maureen White) is described on her own website as the "National Finance Chair of the Hillary Clinton for President Campaign".

Now, analysts will point to 90% or 95% as a "gold standard" confidence interval and the ZH data is stuck at 87%. But there's a simple reason that the Zero Hedge correlation is (perhaps dramatically) understated: the database of dealership owners lists only a single party in each record. But many dealerships are owned by multiple parties.

And, in some cases, those parties are billionaires who do not want their names listed as primary owners in these types of documents.

The RLJ dealer group, first identified by Joey Smith, is reported to have three owners:
It is important to note that neither McLarty's nor Johnson's name appear as owners in the database utilized by ZH.

Landers, who would have appeared in most of the RLJ records during the Zero Hedge analysis, donated a modest sum to GOP candidates (a few thousand dollars).

McLarty, on the other hand, is a huge Democratic donor. The search I performed showed dozens of contributions, approaching a hundred thousand dollars. And not a dime to a Republican cause or candidate.

Johnson, on the other hand, makes McLarty look like a piker. The Washington Post reports on Johnson's largesse when it comes to Democrat causes:

Since 1990, Johnson has donated $2 million to congressional and presidential candidates, and 99 percent of that has gone to Democrats, according to the Center for Responsive Politics. He has given $14,800 to Hillary Clinton since she first ran for the Senate in 2000. He gave $4,500 total to Obama during the 2004 and 2006 cycles...

So, in fact, a half dozen -- or more -- records appear to be non-Democrat donors in the Zero Hedge database, but actually mask millions in Democrat donations.

How did RLJ fare?

Thanks to Joey Smith's work, we have an excellent picture of how RLJ fared when the smoke cleared.

Suffice it to say that none of these selective closings -- that provided dramatic improvements in the competitive landscape for McLarty and Johnson -- showed up in the Zero Hedge analysis.

Though Zero Hedge found a "eyebrow-raising" correlation between Clinton donors and dealerships that remained open, instances like these show that the effect is understated. Perhaps dramatically understated.

More analysis is needed and will be forthcoming, but until then, the Obama administration's vaunted "transparency" pledge appears as empty as a promise that Michael Moore will pass the potato chips "in a minute".