The media's new rulebook for reporting on civilian deaths


Last week a U.S. airstrike aimed at Taliban extremists killed as many as 130 civilians. If the figure is confirmed, it would be the most devastating attack on civilians since 2001.

But you didn't read it in your newspaper. And you didn't hear it on the news.

Why is the media silent? 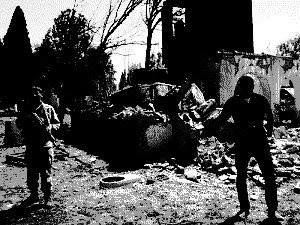 There are two distinct reasons that The New York Times, NBC, The Associated Press and the rest of the Democrat Party's public relations arm have chosen to ignore the story.

• The Israelis didn't kill anyone.

In either case, civilian deaths are boo-ring.

Don't you get it, peons?

The media-slash-government decides what's newsworthy -- and why. So just keep your mouth shut and go about your business, if you know what's good for you.