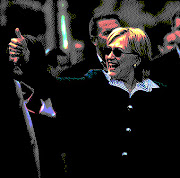 Democratic presidential nominee Hillary Clinton sent a lengthy Middle East intelligence breakdown in an email to longtime ally and lobbyist John Podesta while he was working in the White House.

“With all of its tragic aspects, the advance of ISIL through Iraq gives the U.S. Government an opportunity to change the way it deals with the chaotic security situation in North Africa and the Middle East,” Clinton wrote to Podesta in an August 2014 email obtained by WikiLeaks.

Clinton’s email, sent from a private account she began using after leaving the Department of State, gives Podesta a breakdown of the political situation in the Middle East following the rise of the Islamic State. Clinton says her email and advice is based on various intelligence sources.

“Note: Sources include Western intelligence, US intelligence and sources in the region,” Clinton wrote.

Later in the email, Clinton adds this note: “A source in Tripoli stated in confidence that when the U.S. Embassy was evacuated, the presence of two U.S. Navy jet fighters over the city brought all fighting to a halt for several hours, as Islamist forces were not certain that these aircraft would not also provide close ground support for moderate government forces.” 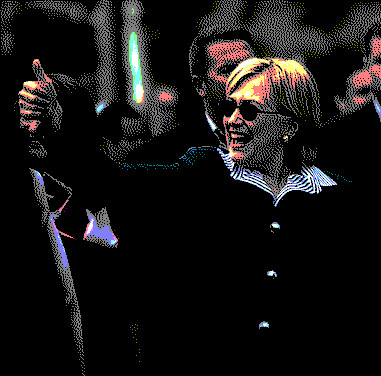 Clinton’s intelligence email was one of thousands obtained by WikiLeaks from Podesta’s hacked Gmail account. So far, WikiLeaks has released six tranches with thousands of emails going all the way back to 2007.

Clinton served as secretary of state for President Barack Obama from 2009 to 2013, but apparently that didn’t end her communications with people inside the administration.

“I think we are headed down this path in Iraq, but the Syria elements are… vexing,” Podesta responded.

“Agree but there may be opportunities as the Iraqi piece improves,” Clinton said before asking if Podesta had “any idea whose fighters attacked Islamist positions in Tripoli, Libya? Worth analyzing for future purposes.”

Podesta has extensive ties to the Clinton family. He formerly served as former President Bill Clinton’s chief of staff, and is now the chairman of Hillary’s 2016 presidential campaign.

Podesta worked with other Clinton campaign staffers to craft the former secretary’s response to storing classified materials on a private email server run out of her home in Chappaqua, New York.

Recent reporting indicates some FBI and Department of Justice investigators were disappointed with Comey’s decision not to prosecute.

I wonder how many people died because of Hillary's careless treatment of classified information. An intelligence report could have included names of people helping the USA.

So do I. But she doesn't give a shit.