There is a litmus test.

If you would like to know how a Hillary Clinton administration would operate, remind yourself of how her email scandal was handled, not just by Hillary and her aides, but by the Obama Department of Justice, the FBI and the Republicans in Congress — one might say they are all unindicted co-conspirators in a cover-up.

It is a scandal punctuated by government lying and stonewalling and a conspicuous absence of moral courage by those in a position to do the right thing.

Author of “Clinton Cash,” Peter Schweizer, said that this secrecy and financial scandal is unprecedented in terms of scale.

The efforts taken by the Clintons to avoid transparency by setting up a private server and the quantity of money flowing to them dwarfs any previous government scandal. During Hillary’s public service, about $250 million went to the Clintons directly and about $2 billion to the Clinton Foundation, an entity seemingly designed to intentionally evade the laws preventing foreign interests from influencing American politics and policy decisions.

If allowed to stand without accountability, the scandal will itself become a precedent for other greedy politicians to follow, essentially putting America up for sale to the highest international bidder. 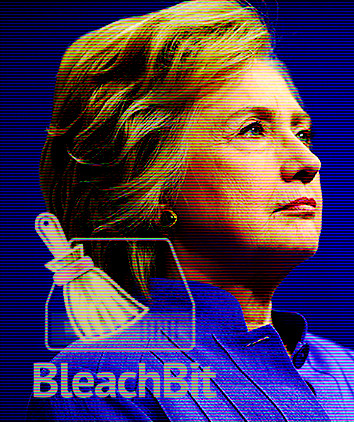 According to reports, Hillary Clinton established her private email server on Jan. 13, 2009, eight days prior to her confirmation by the Senate as secretary of State. She later identified March 18, 2009, as the date she began using the private server.

Her use of a private nonsecure server for government business, including the exchange of classified material, remained known only to high officials in the Obama administration until after the Islamic terrorist attack on the U.S. facility in Benghazi, Libya, on Sept. 11, 2012.

As a consequence of that attack, the nonpartisan government accountability organization Judicial Watch filed a Freedom of Information Act (FOIA) request with the Department of State for Benghazi-related emails and other information on Nov. 7, 2012.

Sometime during the week ending on March 15, 2013, Romanian hacker Marcel Lehel Lazar, aka “Guccifer,” accessed the email account of Sidney Blumenthal, a Clinton confidant, indicating that Hillary had received sensitive, confidential information on what was later revealed to be the private server she improperly used for government business.

It was not the vigilance of government that uncovered Hillary’s private email server, but the intrusions of a computer hacker and the pressure brought to bear on the Obama administration’s Department of Justice and the FBI through ligation by Judicial Watch.

By March 2015, even the Hillary-friendly New York Times finally admitted that she did not have a government email address during her four-year tenure as secretary of State and she exclusively used a personal email account to conduct government business, a potential violation of the Federal Records Act.

And what about Congress?

As Tom Fitton, president of Judicial Watch, has noted, Hillary testified in a congressional hearing that she turned over all her emails, a statement which we now know is false. In addition, emails were destroyed after Congress had subpoenaed them. Hillary could have been found in contempt of Congress or impeached, even now, because a federal official need not be in office to be impeached. Yet, rather than act, Congress chose to refer the matter of perjury to the Obama Department of Justice for criminal investigation knowing full well that nothing would be done.

The saddest casualty of the Hillary Clinton email scandal is the, perhaps, irreparable institutional damage done to the FBI by its director, James Comey. It is now clear that he never intended to conduct a proper investigation and, for purely political reasons, he was never going to recommend prosecution. In essence, Comey gave FBI blessing to a double standard of justice, one for powerful people like the Clintons and one for the rest of us.

Also, we have recently learned that the FBI is now in the business of destroying evidence.

The FBI destroyed evidence in a criminal investigation forever preventing the use of that evidence in any pending or future case.

As part of a “side agreement” brokered by the Department of Justice, Comey agreed to destroy the laptops of Clinton aides Cheryl Mills and Heather Samuelson, after the two women were granted immunity.

Earlier, referring to Mills, who was Hillary's chief of staff at the State Department, Comey stated in testimony before the Senate Homeland Security and Governmental Affairs Committee that “we have no evidence to establish that she committed a crime,” in relation to Hillary’s use of a personal email server.

If Comey did not believe Mills committed a crime, then why would she need immunity and why would the evidence need to be destroyed?

The exoneration of Hillary Clinton was an act of government malfeasance, a conscious choice favoring political expediency over the principle of “equal justice under law” in order to preserve a corrupt status quo.

Electing Hillary Clinton with the facts already known about her actions in office and out would be giving her carte blanche for any crimes she wants to pursue. Terrifying prospect for this nation's future!! LM in TX