STICK A FORK IN HER: Hillary's Final Lie

During Hillary Clinton’s first presidential campaign, Neera Tanden was described as “the wonk behind Hillary.” A close associate of the Clintons, Tanden helped shape policy for both Bill and Hillary. Then she switched to playing that role for Obama.

While Hillary’s email scandal broke, Tanden was in charge of the Center for American Progress, a radical left-wing group that had been described as "Obama's Idea Factory." And she was chatting with John Podesta, the top Clintonite who had founded CAP. Podesta had co-chaired the Obama-Biden Transition Project. Neera Tanden would co-chair the Hillary-Kaine Transition Project under Podesta who headed up Hillary’s presidential campaign. Podesta had helped shape the last eight years of national politics through Obama and Tanden looked forward to shaping the next eight under Hillary.

And what did they think of Hillary? Did they believe their defenses of her wrongdoing?

Podesta and Tanden ridiculed her associates for the cover-up. “Why didn’t they get this stuff out like 18 months ago? So crazy,” she wondered. “Unbelievable,” Podesta wrote. “They wanted to get away with it.” 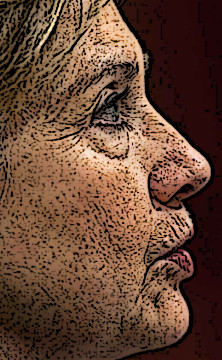 Since the early days of the email scandal, we’ve been treated to the sordid rituals of feigned innocence. The issue was a non-issue, Clinton surrogates were quick to assure us. And even if it was, no one did anything wrong. The flies on the wall knew better though and now we can all be the flies on the wall.

Away from the cameras and the briefings, the Clintonites held their bosses in contempt. Neera Tanden, a supposed close associate of Hillary, blasted her instincts as “suboptimal” and described her as suffering from a character problem.  And there was never any doubt as to what was going on.

Tanden ridiculed Cheryl Mills for the mess. Mills fired off an email to Podesta warning that Obama’s denial wouldn’t hold up. “We need to clean this up -- he has emails from her -- they do not say state.gov,” she warned.

Obama had offered his usual denial claiming to have only learned about the scandal from the media. The revelation that Hillary had emailed Obama from her illegal address would show that he had lied. But meanwhile his people struggled to reinvent his lie by claiming that while he knew about her illegal address, he didn’t know that it was illegal. This put his lie in line with Hillary’s lie.

There was only one problem.

When in doubt, the Clintons take refuge in the final lie that you may be able to prove that they did wrong, but not that they meant to do wrong. That was Hillary’s final email defense to the FBI. Spliced with claims of memory loss due to a concussion was that old Sergeant Schultz favorite, “I know nothing.”

But that defense completely falls apart once you prove that they did know. That is what the leaked emails have begun doing. They are establishing that the Sergeant Schultz defense is utterly hollow.

When Obama told a lie that could easily be disproven while trying to distance himself from Hillary, Mills quickly fired off a warning that he had better get his story straight. And his people did. That makes Obama complicit before and after the fact. He knew what Hillary was doing when she was doing it. And his people participated in the effort to cover it up afterward, not just to protect her, but to protect him.

Hillary Clinton was not a rogue actor. She was part of an administration that had waged a war on transparency. Even media allies had dubbed it as the least transparent administration in history.

Lies, censorship and targeting whistleblowers were the norm for Obama Inc. A New York Times reporter dubbed it, “The greatest enemy of press freedom in a generation.” The Washington Post noted that the, “Obama administration routinely makes a mockery of its long-ago pledge to establish itself as the most transparent administration in U.S. history.” The AP pointed out that it, “more often than ever censored government files or outright denied access to them.”

Bizarre administration email dodges included EPA boss Lisa Jackson using Richard Windsor as her alias. Jackson/Windsor left the EPA and took a seat on the board of the Clinton Foundation.

Tanden and Podesta didn’t take issue with Hillary Clinton breaking the law, but with her clumsy political instincts, her inability to fake sincere apologies and spin scandals as smoothly as Obama. Hillary’s biggest flaw in their eyes was her clumsiness at covering up acts that were routine in in Obamaworld. They didn’t despise her because she broke the law, but because she was bad at it.

That made her a threat to their political futures.

Unless you have their emails.

This is Hillary’s firewall. It’s what every painful trickle of the scandal was meant to drag out and delay. Every partial revelation is buying time while bringing us closer to the final breach in the motive wall.

What the Podesta emails tell us is that they knew. Those around Hillary knew. And those around them knew that the inner circle knew. They knew and they hated Hillary for being a bad liar. And now, as the inside drama of Clintonworld spills across the internet, the red queen moves closer to being in check.

By making it all about motive, Hillary Clinton turned personal communications, particularly emails, into the key instrument of culpability. That is why Podesta’s emails are such a hot commodity. It’s why her emails are becoming an even bigger prize.

Neera Tanden was right. Hillary Clinton’s political instincts are suboptimal. She is the member of the Obama graduating class voted least likely to be able to lie convincingly on national television. And she has a perverse knack for dragging everyone around her into her scandals while exposing their own.

We know that her people knew that she lied. We know that Obama lied. All that’s left is her final lie.

O'Reilly on his Factor announced this evening that he would cover these new damning revelations in the "next segment". Instead, Fox cut to Pence's plane fiasco again and again describing the event in painful detail, when they were finally done O'Reilly was off on the next thing but the latest on Hillary was buried. Glad to see it here.
Maybe Me Gyn will deal with her anger issues and discuss what it means for the Clinton Crime Family train to have a sexual predator as an Engineer: Hillary didn't do all this in a vacuum.

Sadly, Donald Trump is a pathological liar as well - so conservative Republicans are up a creek. We picked the wrong candidate and now there is no place to hide.

Hillary is a disease, a cancer on America's anus. Vote for this mess and you are voting to live in her stench for at least 4 years.

She has a trillion more to tell