Clinton fixer Cheryl Mills privately admitted that President Obama was lying when he told reporters he discovered Hillary was using a secret email server only when he read it in the newspapers.

In the latest Wikileaks drop, we find Mills saying, "We need to clean this up, [Obama] has emails from her — they do not say state.gov.'

We also discovered today that Clinton insiders had no respect for or belief in Hillary's political instincts. 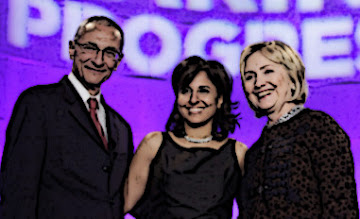 The emails show that while campaign aides struggled to get past the public controversy, they also expressed exasperation at each other and, at times, at Clinton — both for her decision to use the server and for the way she handled questions about it. Several exchanges illustrate fears among some top advisers that Clinton and other aides were demonstrating the very traits that polls suggested made her vulnerable: a penchant for secrecy and a hesitancy to admit fault or error.

“We’ve taken on a lot of water that won’t be easy to pump out of the boat,” Podesta wrote to Tanden in September 2015, at a time when Clinton’s campaign feared that Vice President Biden was about to enter the race for the Democratic nomination. “Most of that has to do with terrible decisions made pre-campaign, but a lot has to do with her instincts.”

Tanden responded, “Almost no one knows better [than] me that her instincts can be terrible.”