It would appear that the lack of excitement among Democrats (and the nominee's insults of both Democrats and Republicans alike) has led to a reset by her advisers.

After eight years of President Trump (and what about my proposed campaign slogan of America needs a Trump Card?), no matter what the increasingly skewed polling results say, Hillary's campaign is doomed. With that said, word on the street is that she wants to run again.

By that time, of course, the bloated catlady's failing body won't be around for the campaign (in spite of all the "yoga"), so what better way to keep her plugging away than this? 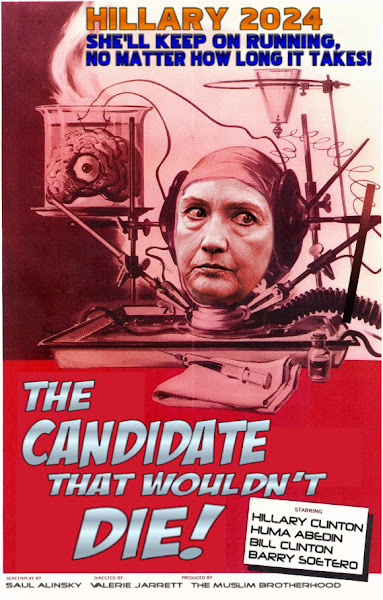 The fundamental motto of all political parties is:

We are working for you and sacrificing our private lives to your cause. We are even training our children to take up this important work when we are gone. We may not have policy solutions now, but we will work tirelessly for you until we find the solutions, for as long as it takes.

It will not surprise me at all if she runs again in 2020 after losing to Trump this year.