14 Experts Predict Economic Catastrophe for 2014 and Beyond

Some of the most respected prognosticators in the financial world are warning that what is coming in 2014 and beyond is going to shake America to the core. Many of the quotes that you are about to read are from individuals that actually predicted the subprime mortgage meltdown and the financial crisis of 2008 ahead of time. So they have a track record of being right. Does that guarantee that they will be right about what is coming in 2014? Of course not. In fact, as you will see below, not all of them agree about exactly what is coming next. But without a doubt, all of their forecasts are quite ominous. The following are quotes from Harry Dent, Marc Faber, Gerald Celente, Mike Maloney, Jim Rogers and nine other respected economic experts about what they believe is coming in 2014 and beyond... 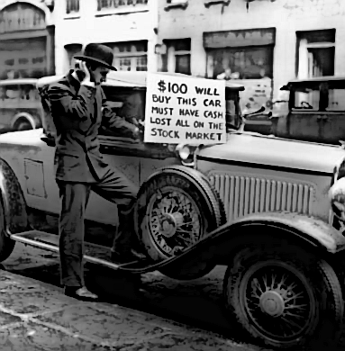 -Harry Dent, author of The Great Depression Ahead: "Our best long-term and intermediate cycles suggest another slowdown and stock crash accelerating between very early 2014 and early 2015, and possibly lasting well into 2015 or even 2016. The worst economic trends due to demographics will hit between 2014 and 2019. The U.S. economy is likely to suffer a minor or major crash by early 2015 and another between late 2017 and late 2019 or early 2020 at the latest."

-Marc Faber, editor and publisher of the Gloom, Boom & Doom Report: "You have to say that we are again in a massive financial bubble in bonds, in equities, in [other] asset prices that have gone up dramatically."

-Gerald Celente: "Any self-respecting adult that hears McConnell, Reid, Boehner, Ryan, one after another, and buys this baloney… they deserve what they get.

And as for the international scene… the whole thing is collapsing.

We are saying that by the second quarter of 2014, we expect the bottom to fall out… or something to divert our attention as it falls out."

-Mike Maloney, host of Hidden Secrets of Money: "I think the crash of 2008 was just a speed bump on the way to the main event… the consequences are gonna be horrific… the rest of the decade will bring us the greatest financial calamity in history."

-Jim Rogers: "You saw what happened in 2008-2009, which was worse than the previous economic setback because the debt was so much higher. Well now the debt is staggeringly much higher, and so the next economic problem, whenever it happens and whatever causes it, is going to be worse than in the past, because we have these unbelievable levels of debt, and unbelievable levels of money printing all over the world. Be worried and get prepared. Now it [a collapse] may not happen until 2016 or something, I have no idea when it’s going to happen, but when it comes, be careful."

-Lindsey Williams: "There is going to be a global currency reset."

-CLSA's Russell Napier: "We are on the eve of a deflationary shock which will likely reduce equity valuations from very high to very low levels."

-Oaktree Capital's Howard Marks: "Certainly risk tolerance has been increasing of late; high returns on risky assets have encouraged more of the same; and the markets are becoming more heated. The bottom line varies from sector to sector, but I have no doubt that markets are riskier than at any other time since the depths of the crisis in late 2008 (for credit) or early 2009 (for equities), and they are becoming more so."

-Michael Pento, founder of Pento Portfolio Strategies: "Disappointingly, it is much more probable that the government has brought us out of the Great Recession, only to set us up for the Greater Depression, which lies just on the other side of interest rate normalization."

-Boston University Economics Professor Laurence Kotlikoff: "Eventually somebody recognizes this and starts dumping the bonds, and interest rates go up, and inflation takes off, and were off to the races."

-Mexican Billionaire Hugo Salinas Price: "I think we are going to see a series of bankruptcies. I think the rise in interest rates is the fatal sign which is going to ignite a derivatives crisis. This is going to bring down the derivatives system (and the financial system).

There are (over) one quadrillion dollars of derivatives and most of them are related to interest rates. The spiking of interest rates in the United States may set that off. What is going to happen in the world is eventually we are going to come to a moment where there is going to be massive bankruptcies around the globe."

-Robert Shiller, one of the winners of the 2013 Nobel prize for economics: "I'm not sounding the alarm yet. But in many countries the stock price levels are high, and in many real estate markets prices have risen sharply...that could end badly."

-David Stockman, former Director of the Office of Management and Budget under President Ronald Reagan: "We have a massive bubble everywhere, from Japan, to China, Europe, to the UK. As a result of this, I think world financial markets are extremely dangerous, unstable, and subject to serious trouble and dislocation in the future."

And certainly there are already signs that the U.S. economy is slowing down as we head into the final weeks of 2013. For example, on Thursday we learned that the number of initial claims for unemployment benefits increased by 68,000 last week to a disturbingly high total of 368,000. That was the largest increase that we have seen in more than a year.

In addition, as I wrote about the other day, rail traffic is way down right now. In fact, for the week ending November 30th, U.S. rail traffic was down 16.3 percent from the same week one year earlier. That is a very important indicator that economic activity is getting slower.

And we continue to get more evidence that the middle class is being steadily eroded and that poverty in America is rapidly growing. For example, a survey that was just released found that requests for food assistance and the level of homelessness have both risen significantly in major U.S. cities over the past year...

A survey of 25 American cities, including many of the nation's largest, showed yearly increases in food aid and homelessness.

The cities, located throughout 18 states, saw requests for emergency food aid rise by an average of seven percent compared with the previous period a year earlier, according to the US Conference of Mayors study, published Wednesday.

All but four cities reported an increase in demand for assistance between the period of September 2012 through August 2013.

Unfortunately, if the economic experts quoted above are correct, this is just the beginning of our problems.

The next wave of the economic collapse is rapidly approaching, and things are going to get much worse than this.

Is anyone who is even nominally conscious and has a memory that goes back even fifty years (or can read history) surprised that make believe economics still doesn't work? It is long past time that we learn how things work and start applying it to everyday life. You still can't change things just because you want to, and the basics do not change at all. Idiots.

And in the meantime millions of Americans with life threatening ailments are being denied care not by the Government, but by the actions of Barry "the butcher" Obama.

Having said that, I'm not surprised some have said we're in a state of perpetual financial crisis or economic bubbles: Because we have for as long as there's been an economy.

Here's just some recent ones:

17.222 Trillion Dollars in debt. This is over 187 thousand Tons of one-hundred dollar bills. That's the equivalent weight of two Nimitz Class aircraft carriers.
Does any sane person believe that this debt can ever be repaid?
To add to it, thanks to the Federal Reserve, we are going 85 Billion Dollars more in debt every month. That's an additional 935 Tons of one-hundred dollar bills per month.
Ain't Ovomit great??

Hey 11:11 Anon - is there a cite for that debt size tidbit? I love the carrier analogy (I'm a former Airedale), but at least with demonocracy.info I can show where I got the visual. Thx

Honestly what took them sooooo long to finally figure this out?
obama and his gang of theives are out to destroy this Nation and the Agenda is obvious plesae plain out and out obvious. obama is a marxists bent on destroying.
I'm prepp'n for this and if you "get this" at all you will also.

Jim Rogers is correct.
This has been in the works for a long time obama and his gang of theives are just moving it along faster than the clinton's and bush's did.

As far as i know, I am the ONLY person who has predicted EVERY crash in the last 52 years: 1962, 1987 (see Wikipedia-Financial Astrology), 2002 and 2008. Robert Prechter said on a Dominic Frisby radio interview in London: "Arch Crawford probably has the best 30-year record."

Arch what is your prediction for the Greater Depression then? 2019?