Just how real is the story behind the movie "American Hustle"?

I thought the movie, loosely related to the Abscam scandal of the seventies, was outstanding. That said, I found myself wondering: just how real was the plot?

Many of the names were changed, but some of the key threads were accurate: 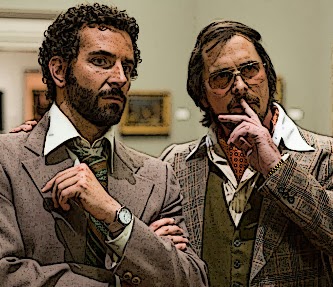 1. A con artist was used by the FBI to entrap politicians:

In 1978 the FBI launched a major investigation into federal corruption. In an effort to weasel out the less than ethical politicians working in Washington, the FBI hired convicted con artist Melvin Weinberg, named Irving Rosenfeld and played by Christian Bale in the film, to come up with the ultimate scam.

2. A fake Arab Sheikh's money was used as bait:

The FBI launched a fake corporation called Abdul Enterprises, Ltd. to serve as a front for the investigation, with a number of agents posing as Karim Abdul Rahman, the fictional sheik who owned the company. The agents then held a series of meetings with prominent Senators and Representatives at a Georgetown townhouse located at the 4400 block of W Street. The FBI rented the home from Lee Lescaze, a Washington Post editor. During the filmed meetings, the agent posing as Rahman would offer the politicians money in exchange for political asylum and help in illegally transferring money.

3. Six House Representatives and one U.S. Senator were convicted of bribery and conspiracy:

Of the 31 members of Congress targeted by ABSCAM, one Senator and six Representatives were convicted of bribery and conspiracy in 1981. Senator Harrison Williams of New Jersey received three years in federal prison for agreeing on tape to take a share of stock in the FBI's fake company and to use his position in the Senate to steer contracts to the company. He was the first U.S. Senator to be imprisoned in over 80 years. Representatives John Jenrette of South Carolina, Richard Kelly of Florida, Raymond Lederer of Pennsylvania, Michael Myers of Pennsylvania, Frank Thompson of New Jersey and John Murphy of New York were also all found guilty and each served less than three years in jail. 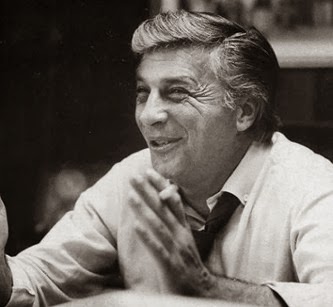 4. A popular mayor really was implicated in the plot:

[Jeremy] Renner's Carmine Polito is Hollywood's version of Angelo Errichetti, the longtime New Jersey pol who died this past spring. Like Polito, Errichetti was the well-liked mayor of Camden, N.J., who got taken down by Abscam. In the movie, Bale's character finagles an 18-month sentence for Polito; in real life, Errichetti was slammed with a six-year stint. (He served two and a half years, per an Associated Press look at Errichetti.)

5. As for the women in the con artist's life?

In the movie, everything mostly works out for Irving Rosenfeld. Irving and Sydney marry, while Irving and Rosalyn come to terms, and she moves on with a mobster friend.

In real life, Marie Weinberg was found hanged to death just weeks after she went to the press claiming Mel Weinberg had profited from Abscam. The 1982 incident was ruled a suicide; she was 50.

And while Mel Weinberg and Evelyn Knight did indeed go on to marry, Weinberg told the Telegraph they subsequently divorced, and that while they still live near each other, "she won't talk to me anymore."

Rotten Tomatoes has American Hustle at 94 percent (critics) and 82 percent (audience). I thought it was excellent, FWIW.

at 6:39 PM
Email ThisBlogThis!Share to TwitterShare to FacebookShare to Pinterest
Labels: Crime, Hollywood