CNN: Christians to Blame for People Not Having Health Insurance

As tens of millions stand to lose their health insurance benefits over the coming months, mainstream establishment mouthpiece CNN has been investigating why there are so many poor and under-insured Americans. 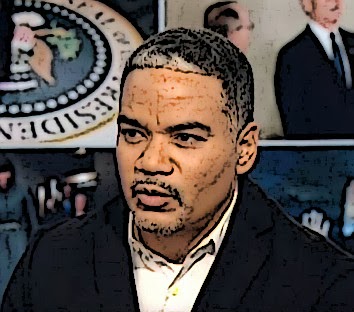 In an investigative report titled The Obamacare ‘scandal’ you haven’t heard about CNN journalist John Blake thinks he’s figured it out.

It’s not that the government has created an air of learned helplessness, or shipped jobs to foreign countries through restrictive legislation and taxes, or that Americans have seen their purchasing power decrease exponentially making it impossible for them to meet their basic needs.

And the Patient Affordable Care Act certainly can’t be to blame, even though the health exchanges don’t work, and people are being rapidly removed from their current insurance policies because of regulations set forth by the new law, or that those who do manage to sign up will see a tripling of their rates which will further impoverish them.

No, the problem, according to CNN, is the Christians; specifically, the Christian pastors and their churches in southern states who have apparently done nothing to address poverty or failed to push their governments to expand social health care services through forced wealth redistribution.

In an article on CNN.com’s Belief Blog, CNN writer John Blake says that, while famous pastors “preach in states where crosses and church steeples dot the skyline,” they do nothing about “the poor who can’t get the health insurance they would receive if they lived elsewhere.”

That refers, in turn, to the decision of twenty-five states not to participate in Obamacare’s expanded Medicaid funding. The states were allowed to opt out following last year’s controversial Supreme Court decision on Obamacare, which upheld the law as a whole but struck down the mandatory state participation in Medicaid expansion, citing the protection provided to state powers under the Tenth Amendment.

Blake covers different perspectives on the question of speaking out. But the premise of CNN’s article is that churches are to blame for Obamacare’s failures–not the federal government, not the Democrats who passed it, and not President Barack Obama himself. The thinly-veiled implication–a repeated theme in leftist critiques–is that Christians are hypocrites who care about personal salvation, but not about good works.

If CNN and John Blake would have done their research, what they would have found is that if there’s anyone in this country providing community outreach to the poor, handicapped and uninsured, it’s faith-based networks, most of which are Christian.

In 2001 there were approximately 26,000 food pantries in America. Of those, fully 75% were operated by faith-based organizations. They were staffed not by government employees bilking the system for millions of dollars in reckless spending and outrageous benefit and pension plans, but by Christian volunteers. In fact, 9 out of 10 people working in faith-based food pantries in America are volunteers doing so out of their own free will, good nature, and need to give back to those who are less fortunate.

Moreover, with respect to health care itself, faith-based hospitals in America have been found to provide higher quality health care than their counterparts. These hospitals and the Christian organizations that support them raise hundreds of millions of dollars a year in an effort to assist the poorest of our society with their medical needs – again primarily through individual donations, not wealth confiscation.

Thus, while Mr. Blake et. al. make the argument that Christians don’t care about the poor, the facts prove otherwise. It’s the very people he criticizes in his ‘investigative report’ on this ‘scandal’ that are spending their personal time and money to help those in need.

And the kicker? No one had to write a law and force these people to do it by the barrel of a gun. They do it because they care, not because they were mandated to do so. Moreover, they don’t forcibly take the funds needed to operate these outreach programs from others. They get them in the form of private donations, from hundreds of thousands of other Christians across America who want to make a difference any way they can.

So, Mr. Blake, before you bloviate about how followers of the teachings of Jesus are to blame for the world’s problems, go take a look in the mirror.

If you’re going to cast stones, you may want to start there.

Except Obama would never worry about anyone getting killed any more than Valerie Jarrett or Hillary Weiner Clinton.

I am angered, irritated and aghast at this blatant outright lie but not surprised this is the narrative of the Evil Clown Media.

Hey folks!! That IS the REAL FACE of the Left-Wing.

Now here IS where it gets interesting?

The Catholic Church's Main Goals Are to Help the poor, Have a set of moral tenant's.

I am angered, irritated and aghast at this blatant outright lie but not surprised this is the narrative of the Evil Clown Media.

Perhaps a fund raiser to send CNN "journalists" to journalism school might be need.