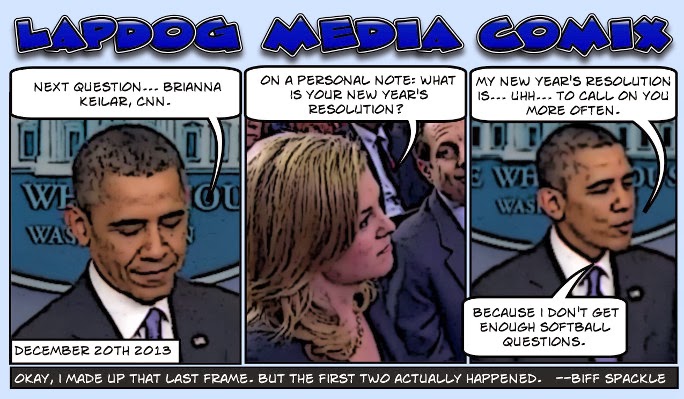 Feel free to retweet my thanks (below) to Brianna for this tough question, coming as it does on the heels of the collapse of Obamacare's Individual Mandate, a federal court smacking down the NSA's data collection on American citizens, another federal judge hammering the administration for helping Mexican drug cartels traffic in human beings, and revelations the president systematically delayed controversial regulations until after the 2012 election. All of these scandals have come in the last four days alone, but there are dozens more to choose from, "Bri" (or is it "Brie", like the cheese?).

I would call the media a joke, but I don't want to unfairly lump them in with real comedians.

at 11:19 AM
Email ThisBlogThis!Share to TwitterShare to FacebookShare to Pinterest
Labels: Comix, Democrats, extremism, MSM, Obama