Hey, Speaker Boehner: these are what we call real Republicans:

The citizen control lobby keeps trying to strip Americans of their unalienable rights, and liberty lovers keep punching back twice as hard. 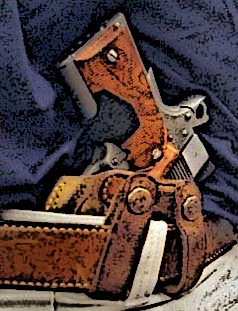 Two Republican legislators propose eliminating the license required to carry a concealed handgun in Ohio, a change one describes as an effort to put Second Amendment rights on the same footing as others in the Bill of Rights.

The bill, introduced Wednesday by Reps. Ron Hood of Ashville and Matt Lynch of Bainbridge Township in Geauga County, would allow any person who is at least 21 years old to carry a concealed firearm, so long as they are not legally prohibited for some reason from having guns...

Lynch said the bill is an effort to treat the right to bear arms in the Second Amendment with the same freedom as other rights.

“The right in the Second Amendment is the only one in the Bill of Rights that you have to get permission for,” Lynch said.

“You don’t have to have a speech license or a worship license or a freedom of the press license,” he said. “This is designed to put the Second Amendment on equal footing.”

The law would not end restrictions on taking firearms into certain restricted areas, but would end concealed carry licensing restrictions. Constitutional carry is becoming a more popular cause in the past year, as many Americans rebel against the thought of more citizen control laws. The common sentiment seems to be that not only are proposed citizen control laws counterproductive, but the current laws are too restrictive and should be rolled back.

This reality seems to be shocking to citizen control cultists, who can’t seem to grasp the basic concept that citizens want more liberty, not less.

You know, the Constitution and the Bill of Rights are written in plain English. The right to defend the lives of you and your family members is not up for debate. That right is not given to us by any government; it is our right as human beings. It is a God-given right.

It wasn't that hard, was it?

Embrace the suck, Pelosi and the rest of you sick @#$%s.

Tried it here in Utah, with enough votes to override a veto. Just wouldn't return to chambers to do the override, or so they say.

I think the church stomped on some toes. I'm hoping they will get it through this next session. But if it is the church, and it has that much pull, it's probably dead.

What, ultimately, is the goal... in my mind... is to have enough states have permitless open and conceal carry, and reciprocity, so that the feds become irreverent. Money and people would move to such states, as they do with taxes now. One more reason to move for many.

I oppose any laws that require law-abiding citizens restrict their freedom to own and use a gun while criminals are free to break all laws.


Jail the criminals that break the gun laws. Leave law-abiding citizens alone to lawfully own and use their laws.

@Theophil,
Go right ahead and mandate that you yourself get some training. But keep that government gun away from my head.

In other words: No. Your move.

Next, my own state of NC.

Huh? That doesn't even make sense. If I were to offer mandatory training, I would do so for open carry, not conceal carry. Though I suppose, in some odd way, you could argue that. The thing is, open carry is much easier to access (by the owner), and is already public. People who conceal carry don't, as a rule, want to expose it. That's... why it is concealed.

I have zero problem, though, with mandatory training. Just not state involvement beyond that the course is taken and passed, the course being as the state sees fit within reason. Once that occurs, I don't want the state involved in (politically) choosing who can, and can't carry, open or concealed, other than a subset who have lost their right to bear arms through actions or crimes.

I live in Alaska where Constitutional Carry for handguns was implemented in 2003. The results have been mainly reducing the angst of law abiding citizens when they do carry. Police officers see little difference. As it turns out, the average person is much more trustworthy and responsible than you may imagine. Also you get a odd fuzzy feeling that your fellow citizen has your back even if you do not carry.