Last week Federal Judge Richard Leon had some harsh words for the NSA's massive data collection programs, including the one that collects all telephone calls in America: 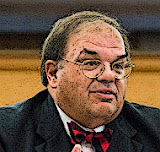 I cannot imagine a more ‘indiscriminate’ and ‘arbitrary invasion’ than this systematic and high-tech collection and retention of personal data on virtually every single citizen for purposes of querying and analyzing it without prior judicial approval. Surely such a program infringes on ‘that degree of privacy’ that the founders enshrined in the Fourth Amendment...

The irony is rich. As Roger Aranoff observes, "...had [this] happened on George Bush’s watch, they could have been calling our government fascist, expressing hyper-outrage, and demanding impeachment."

An investigation by Michael Isikoff of NBC News found that the NSA's unconstitutional domestic data collection programs helped to stop the following number of terror attacks: none.

A member of the White House review panel on NSA surveillance said he was “absolutely” surprised when he discovered the agency’s lack of evidence that the bulk collection of telephone call records had thwarted any terrorist attacks.

...Under the NSA program, first revealed by ex-contractor Edward Snowden, the agency collects in bulk the records of the time and duration of phone calls made by persons inside the United States. 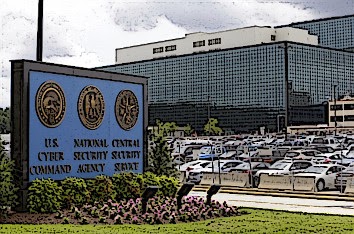 ...The conclusions of the panel’s reports were at direct odds with public statements by President Barack Obama and U.S. intelligence officials. “Lives have been saved,” Obama told reporters last June, referring to the bulk collection program and another program that intercepts communications overseas. “We know of at least 50 threats that have been averted because of this information.”

...But in one little-noticed footnote in its report, ... Section 215, based on the provision of the U.S. Patriot Act that provided the legal basis for it – had made “only a modest contribution to the nation’s security.” The report said that “there has been no instance in which NSA could say with confidence that the outcome [of a terror investigation] would have been any different” without the program.

The panel’s findings echoed that of U.S. Judge Richard Leon, who in a ruling this week found the bulk collection program to be unconstitutional. Leon said that government officials were unable to cite “a single instance in which analysis of the NSA’s bulk collection metadata collection actually stopped an imminent attack, or otherwise aided the Government in achieving any objective that was time-sensitive in nature.”

...The comparison between [the] 702 overseas interceptions and 215 bulk metadata collection was “night and day,” said Stone. “With 702, the record is very impressive. It’s no doubt the nation is safer and spared potential attacks because of 702. There was nothing like that for 215. We asked the question and they [the NSA] gave us the data. They were very straight about it.”

In other words, the Obama administration (yawn) lied to the American people yet again.

Stop cleanup disaster stock buying and selling and trading and gaining. from disaster clean and recovery and then thay will not what to spy on eny of ,us(b) (I) (a)!