A federal judge in Texas has issued a searing indictment of the Obama administration’s immigration policy. He accuses the government of “completing the criminal mission” of human traffickers “who are violating the border security of the United States” and assisting a “criminal conspiracy in achieving its illegal goals.” The judge calls the administration’s behavior “dangerous and unconscionable” and says that “DHS should cease telling the citizens of the United States that it is enforcing our border security laws because it is clearly not. Even worse, it is helping those who violate these laws.” 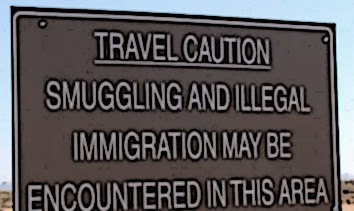 ...On December 13, federal district court Judge Andrew S. Hanen of Brownsville, Texas, issued his order in U.S. v. Nava-Martinez. It described in shocking detail the malfeasance of the government. Mirtha Veronica Nava-Martinez, an admitted human trafficker and resident alien, pleaded guilty to attempting to smuggle a ten-year-old El Salvadoran girl into the U.S. This was Nava-Martinez’s second felony offense; she was convicted of food-stamp fraud in 2011...

...DHS delivered the child to the mother and took no enforcement action: “It did not arrest her. It did not prosecute her. It did not even initiate deportation proceedings for her.” As the judge said, “instead of enforcing the laws of the United States, the Government took direct steps to help the individuals who violated it,” conduct for which any “private citizen would, and should, be prosecute.”

What especially angered the judge was that this was the fourth case of this nature that he “had in as many weeks.” All involved “human traffickers who smuggled minor children [and] were apprehended short of delivering the children to their ultimate destination.” 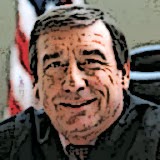 Make no mistake: these traffickers are slave traders. During the course of 2013 alone, the judge noted that he had "seen instances where aliens being smuggled were assaulted, raped, kidnapped and/or killed" and subject to “exploitation and trafficking of children” as well as “violence, extortion, forced labor, sexual assault, or prostitution” to which they subject children and adults.

Judge Hansen concludes with an angry retort to the Obama administration's oft-used claims of "prosecutorial discretion":

[The Court] is not aware of any accepted legal principle, including prosecutorial discretion, that not only allows the government to decline prosecutions, but further allows it to actually complete the intended criminal mission... The DHS should enforce the laws of the United States — not break them.

This administration is historic, alright: an historic disgrace.


Rather ironic that an Our First African American President would be for this type of policy.

No good deed goes unpunished. A little girl gets reunited with her mother, and both are allowed to hold on to their tiny chance at life. Unspeakable.

Anon 10:53 - Oh, I see. Democrats get to pick and choose which laws to enforce, just like Obamacare and the Executive Order "DREAM Act".

Son, we live in an increasingly lawless society, one dictated by far-away masters in Washington. And I wouldn't like this brand of thuggery any better if it were a Republican in the White House.

In fact, if memory serves, we conservatives rose up against Bush when he tried the same unlawful "Amnesty" crap.

Also: you apparently missed the slavery, rape, murder, and drug cartel funding parts of the story.

But, then again, you're a progressive and -- as such -- your IQ is somewhere south of that of a guppy.