The Obama administration, like some sort of tinpot dictatorship, has created its own propaganda broadcasts, restricted press access to the president, seized phone records of 100 Associated Press reporters, wiretapped others, and publicly excoriated or banned media outlets that offered unfavorable coverage of the White House.

Now the next phase of the Obama administration's totalitarian scheme has begun, as Tim Cavanaugh describes.

It is, among other things, a thinly disguised attack on conservative talk radio. 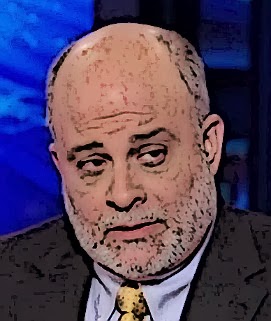 The FCC’s proposed “Multi-Market Study of Critical Information Needs,” which is set to begin a field test in a single market with an eye toward a comprehensive study in 2014, would collect a remarkably wide range of information on demographics, point of view, news topic selection, management style and other factors in news organizations both in and out of the FCC’s traditional purview.

The airwaves regulator would also subject news producers in all media to invasive questioning about their work and content.

A methodology (PDF) worked up by Silver Spring, Maryland-based Social Solutions International (SSI) says that in addition to its general evaluation of news content, the survey will include a “qualitative component” featuring interrogations of news organization owners, management and employees.

Among the questions federal contractors will be asking of private media companies... [f]or media owners:

“What is the news philosophy of the station?”

For editors, producers and managers:

...“Who decides which stories are covered?”

“Have you ever suggested coverage of what you consider a story with critical information for your customers (viewers, listeners, readers) that was rejected by management?” (Followup questions ask the reporter to speculate on why a particular story was spiked.)

According to a May article in Communications Daily, Social Solutions International will be paid $917,823 for the study, which also questions news consumers about their habits and numerically codes news content according to how well, in the FCC’s view, it meets the “critical information needs” (CIN) of particular “communities.”

FCC Chairwoman "Mignon Clyburn" (yes, that's her name and she is related -- I'm sure -- to the far left, perma-politician James Clyburn) claims that "...the FCC has a duty to make sure that the industries it regulates serve the needs of the American public no matter where they live or what financial resources they have..."

Wrong, Filet. The FCC is to abide, first and foremost, by the Constitution. You have no -- zero -- right to interfere with media companies.

“In this study, the FCC will delve into the editorial discretion of newspapers, web sites and radio and TV stations,” Hudson Institute Fellow Robert McDowell, who served as an FCC commissioner from 2009 to 2013, told The Daily Caller. “This starts sticking the government’s nose into what has traditionally been privileged and protected ground. Regardless of one’s political stripes, one should be concerned.”

I urge all media outlets to refuse to cooperate with the FCC.

Our free speech rights aren't subject to the whims of these Marxist hacks.

Every single media outlet should reject the FCC's intrusive interrogatories on constitutional grounds.

Isn't the answer to pretty much every question the same two words?