Obamacare is striking out with young people — those healthy folks who are suppose to actually make it work.

Young people are perhaps the most important demographic to the success of the Affordable Care Act, but most Americans under 30 are opposed to the law. They particularly dislike the individual mandate that requires them to buy insurance or pay fines in form of higher taxes. 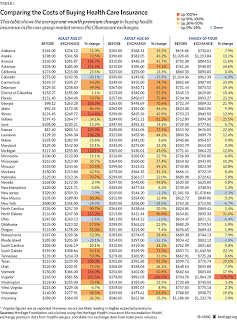 Click to magnify
A new survey from Harvard University found a large majority of young Americans do not believe the law will save them money, do not believe it will improve their health and do not intend to sign up for insurance through the new exchanges.

If that’s all true – particularly the last part – it is very bad news for President Barack Obama’s signature policy achievement.

The Affordable Care Act hinges on getting young, mostly healthy people to sign up for insurance. That will help spread out the costs incurred by the older, more expensive enrollees who also will use the system.

This cost-pooling is central to the economics that underpin the law, and if young people decline to enroll, costs for everyone else could skyrocket.

“The data from the survey demonstrates a striking rejection of the ACA by millennials under 30,” wrote John Pulice of the Harvard Political Review, which provided analysis of the survey.

The 2013 Harvard Public Opinion survey included interviews with 2,089 Americans between the ages of 18 and 29. Interviews were conducted between Oct. 30 and Nov. 11, and the poll has a margin of error of 2.1 percent.

The results show many young people are not buying the promises of Obamacare. A mere 17 percent of those polled believe their quality of health care will improve under the Affordable Care Act, while 44 say it will get worse.

But millennials’ views on health care costs are even bleaker.

Only 10 percent of those surveyed said the ACA will decrease their health care costs, with 50 percent saying it will increase their costs and 36 percent expecting their costs to stay the same, according to the Harvard poll.

Elise Wilkinson, a 25-year-old who recently graduated from Quinnipaic Law School in Connecticut, said her biggest worry about Obamacare is the uncertainty of everything. She’ll be off her parents’ health plan in less than a year and expects to see high premiums.

“I also see a lot of friends around my age who are seeing their plans go up in cost while either adding nothing or requiring add-ons they don’t want or need,” she told Watchdog.org. “It makes me foresee high costs in my future.”

With young people being such an important demographic for Obamacare’s success, both sides have focused outreach efforts on millennials. 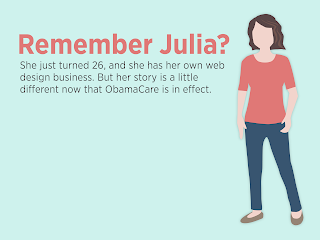 The anti-Obamacare group Generation Opportunity has run a series of web advertisements featuring a “creepy Uncle Sam” posing as a doctor. The group wants to get young people to “opt-out” of Obamacare by telling them upfront about the costs and consequences of signing up for insurance through the exchanges.

“Obamacare’s success depends on millions of young people paying three times more for insurance so older people can pay slightly less. It’s a generational game rigged against us, and we’re not interested in playing,” Evan Feinberg, the group’s president, said in a statement.

“That’s a really bizarre way to spend your money, to try to convince people not to get health insurance, not to get free preventive care, not to make sure that they’re able to survive an accident or an illness,” Obama said of the group’s advertisements and college campus visits with their big-headed Uncle Sam mascot.

While speaking to a crowd of youth activists, Obama made the case for why young people should sign up for health insurance.

“If you get sick, and you get to the hospital and you don’t have any coverage, then somebody else is also going to be paying for it,” he said.

In one, college students are told to sign up for Obamacare so they can have access to contraception for post-party hookups. Another warns of injuries from keg stands and suggests that buying insurance through Obamacare is the best solution – instead of, perhaps, suggesting that binge drinking might be a problem.

But the Harvard poll shows many young people can see through those efforts, and the numbers indicate millennials are right to be worried about the cost of health insurance and the transfer of wealth from one generation to another.

On the federal and state-based health insurance exchanges, the biggest premium hikes are for those under 27, according to research from the conservative Heritage Foundation.

And critics say the fundamental premise of the health care law, which depends on young people helping offset the cost of older enrollees, continues a trend that has been rolling along for a while.

The number of people under 35 living in poverty, meanwhile, is double the number of poverty-stricken senior citizens, according to the same data.

Boehm is a reporter for Watchdog.org and can be reached at EBoehm@Watchdog.org. Follow him on Twitter at @EricBoehm87. Related: The Real Life of Julia

Not a problem; they'll just make it a legal REQUIREMENT like signing up for Social Security or the draft. If they had put it under the Social Security Administration, your ACA number could have been your SSA number and that would be it.

You can pretty much bet this is the eventual plan under ACA2 when they go to the 'single payer' and dissolve the health insurance companies....

You are correct about there being an aca2, but not until Barrack leaves office. Till then we will all have to suffer with obamacare.