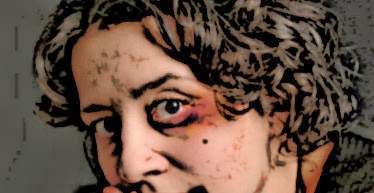 In a recent Appeal (http://www.judiciary.state.nj.us/opinions/a3704-11.pdf) the judiciary continued to defend the reprehensible concept of ‘justifiable need’. “applicants for carry permits generally must show “‘an urgent necessity . . . for self-protection’” by pointing to “specific threats or previous attacks demonstrating a special danger to the applicant’s life that cannot be avoided by other means.” Preis, supra, 118 N.J. at 571 (quoting Siccardi, supra, 59 N.J. at A-3704-11T4 17 557).”

Think about that for a second. So in order to show you need to carry a weapon for self-defense, which is a basic human right, guaranteed by the constitution, you have to first suffer an attack. So in the case of the recent Short Hills Mall Shooting, now that the victim is dead at the hands of violent criminals, he might meet the ‘justifiable need’ which doesn’t do him or his grieving family any good now.

It is tantamount to the government claiming you have no justifiable need to carry an umbrella because it isn’t currently raining. Ask yourself why do we as law abiding citizens have to wait until we are raped, beaten and killed before the State can see fit to grant us a right to self-defense which is a basic human right dating back to caveman times?

The other justification sited for the clear infringement on our right to defend ourselves before we are crime statistics is unfounded fear, “And the demonstration of particularized need that serves to limit “widespread handgun possession in the streets, somewhat reminiscent of frontier days, would not be at all in the public interest.” Siccardi, supra, 59 N.J. at 558.”

This is completely proven false by the overwhelming data available from the 41 states that actually allow their citizens to carry concealed weapons, five of which are Constitutional Carry not requiring any separate permit.

They have not turned into the Wild West with people shooting each other over parking spaces. In fact, in every state that has enabled their citizens to protect themselves with a firearm violent crime has gone down across the board. Here in NJ, violent criminals know they have little to fear from their disarmed, helpless victims unlike the majority of the other States in the Union where a criminal cannot be sure their target is defenseless.

The bottom line is, we are on our own and responsible for the defense of ourselves and our loved ones. The Supreme Court ruled that individuals have no right to expect protection from the police. (Castle Rock v. Gonzales, No. 04-278). It was also held the Police do not have a duty to provide police services to individuals (Warren v. District of Columbia). We are on our own when the majority of violent crime occurs and we require the means by which to defend ourselves. You ask for ‘Justifiable Need’ and the answer is simple, self evident and at the core of our founding as a nation.

“We hold these truths to be self-evident, that all men are created equal, that they are endowed by their Creator with certain unalienable Rights, that among these are Life, Liberty and the pursuit of Happiness”.

If you are uncomfortable and wouldn’t dream of owning, let alone carrying a gun for protection that’s ok. Please, don’t deny law abiding citizens, like myself, the right a large majority of States already afford their citizens. My ability to carry is not only my best chance to protect myself and my loved ones; it could also save you and yours. In conclusion I leave you with the words of Thomas Paine from Thoughts On Defensive War,

“[A]rms discourage and keep the invader and plunderer in awe, and preserve order in the world as well as property. . . Horrid mischief would ensue were the law-abiding deprived of the use of them.”

Shouldn't courthouses have a prohibition against armed guards following the reasoning of the lawmakers in NJ? The same should apply to the statehouse and governor's quarters.

I wouldn't live in NJ if given a choice between it and hell. I suspect you meet a more intelligent class of person in hell than you could ever encounter in Jersey.

That is why I moved out of that state. They all live in a land of rainbows fall from the sky and unicorns roam the land.

Fuck Nu Joisey.
"A citizen may not be required to offer a "good and substantial reason" why he should be permitted to exercise his rights. The rights existence is all the reason he needs." Judge B. E. Legg

I have wondered recently if the number of light poles in DC exceed the number of Residents in the House and Senate as well as their Staff, not to mention the rope available.

I do not believe this will withstand Constitutional challenge.

Their fear is if repeating history that never happened? Don't you love the propoganda from the school systems and Hollywood? Wild West? Only in the movies and, thanks to those, now childrens history books.