JUDGE SLAMS HHS: Your Regulations Do Not Trump the Constitution

Health Reform: In yet another legal blow to the president's signature law, a federal judge rules that its contraceptive mandate does not trump Catholic groups' right to exercise their religious liberty and conscience.

Religious liberty advocates and First Amendment defenders are cheering the stunning decision by U.S. District Judge Brian Cogan in New York that promises to speed up the unraveling of ObamaCare. Cogan not only found that the Health and Human Services (HHS) regulation that requires health insurance to include contraceptive coverage was constitutionally questionable, he actually forbade HHS from enforcing it. 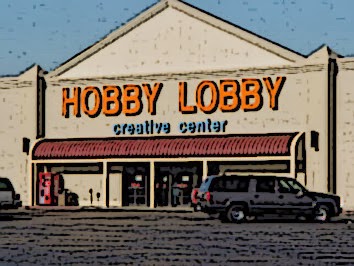 As the New York Post details, in ruling on the lawsuit, Cogan decided that the plaintiffs "demonstrated that the mandate, despite accommodation, compels them to perform acts that are contrary to their religion. And there can be no doubt that the coercive pressure here is substantial."

Most prior lawsuits have focused on the law's constitutionality. Cogan's ruling deals with its regulatory enforcement based on the phrase "the secretary shall determine" that appears in the Affordable Care Act no fewer than 1,005 times. This ruling essentially says that HHS Secretary Kathleen Sebelius cannot enforce a mandate that Congress did not approve and that she cannot unilaterally decide what the First Amendment means or whether it is rendered irrelevant by her edicts.

In other words, regulations do not trump the Constitution.

The Obama administration had offered what it calls an "accommodation" to such groups, requiring that if they objected to providing such coverage, they fill out a form claiming such a religious exemption and allowing employees to get such care through a third-party provider of contraceptive services.

According to Cogan, the plaintiffs "consider this to be an endorsement of such coverage; to them, the self-certification compels affirmation of a repugnant belief." He agreed with plaintiffs' argument that this would make them "complicit" in such activities, saying, "It is not for this court to say otherwise."

Churches are already exempt from the mandates. But many religious groups, the Catholic Church in particular, are not merely defined as a particular building where the faithful meet on a regular basis to express their beliefs. They are also defined by religious institutions, such as schools and charities, where those beliefs are acted upon. The churches have argued that they should not be required to ascertain a person's religious beliefs, if any, before they educate students, feed the hungry, house the homeless and otherwise act out their religious beliefs.

While the injunction is permanent, it applies only to the four groups that brought the lawsuit — Monsignor Farrell High School on Staten Island, Catholic Health Services of Long Island, the ArchCare health care group and Cardinal Spellman High School in the Bronx.

Yet the lawsuit is likely to be replicated nationwide by other groups. At last count, some 75 similar lawsuits have been filed by nonprofits and religious groups seeking relief from the contraceptive mandate, Jennifer Lee, a lawyer for the American Civil Liberties Union, told the New York Daily News.

The main religious liberty challenge to ObamaCare remains the lawsuit brought by Hobby Lobby, a Christian-owned store chain. It claims the HHS mandate compels the owners to violate their religious conscience. The U.S. 10th Circuit Court of Appeals decided the mandate placed a substantial burden on the religious freedoms of Hobby Lobby, which is solely owned by founder David Green and his family, who also own the Mardel Christian bookstore chain.

The U.S. Supreme Court has agreed to hear the administration's appeal, and we may soon get a final ruling on whether this nation's founders actually meant it when they said there should be no law, or regulation, prohibiting the free exercise of religion.

Barry, like Nebuchadnezzar, has made an image that he wants all Americans to bow down to.
But, we will not bow except to God and the Constitution. Barry the butcher will not prevail.

Does anyone think this President, or any in his administration will abide by this ruling? Obama kissed off the ruling during the Gulf oil spill, and will do the same again. Time to try this bastard for refusing to uphold the laws of this land.