Gun Control: Thanks to government regulations, the closing of the last U.S. lead smelter and a push for "green" lead-free ammunition, ammo prices will skyrocket. Does the Second Amendment threaten the environment? 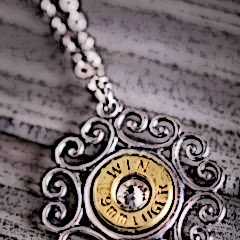 Having been stymied by court defeats such as the Supreme Court's deciding that the Second Amendment does indeed confer a right to keep and bear arms on individuals throughout the United States, advocates of a gun-free America and a disarmed citizenry are taking a different approach: Go after the ammunition through regulations that stifle domestic production and force the use of more expensive and eco-friendly substitutes.

Expanded regulations issued by the Environmental Protection Agency have forced the closing as of Dec. 31 of the country's last bullet-producing lead smelter — a facility operated by Doe Run Co. in Herculaneum, Mo., that first opened its doors in 1892. As a result of the closure, a company press release notes, 145 Doe Run employees and some 73 contractors will lose their jobs.

The Herculaneum smelter, according to the National Rifle Association's Institute for Legislative Action, is the only one in the U.S. that can produce lead bullion from raw lead ore and the components for traditional lead ammunition.

The only alternatives, the institute says, will be to import the ammo components or use EPA-approved "green" ammunition.

The Arms Trade Treaty may be unratified, but it provides the administration with a justification for restricting U.S. imports of ammunition and components.

While there are a number of secondary lead smelters that recycle lead from various sources such as car batteries, the net effect is that prices will climb high enough, the administration hopes, to curtail gun purchases and use.

The EPA in 2008 issued new National Ambient Air Quality Standards for lead that were 10 times tighter than the previous standard. The Doe Run Co. tried to bring the Herculaneum smelter into compliance but in 2010 realized the cost would be prohibitive.

It reached an agreement with the state of Missouri and the EPA to shut down the facility.

The Pentagon has announced plans to phase out lead ammunition by 2018, and so-called "green bullets" have been under testing since 2010. The Army has already switched to what it calls a greener 5.56-millimeter "enhanced performance round."

This undoubtedly will increase procurement costs. It's doubtful our enemies will be so environmentally conscious. Besides, war itself is not good for the environment, so we doubt green bullets will help all that much.

"Switching to nontoxic lead ammunition will save the lives of eagles, condors and thousands of other birds every year — and, importantly, will keep hunters and their families from being exposed to toxic lead," the Center for Biological Diversity said in a statement after California Gov. Jerry Brown signed into law a phaseout of lead bullets for hunting by July 2019.

Like the federal government, the center has no problem with wind turbines slicing and dicing bald eagles and an assortment of endangered species.

Critics of lead ammunition have warned of lead finding its way into the water supply and food chain.

Just as the EPA and the Obama administration have tried to kill off coal use through regulations that make its use prohibitively expensive, forcing mines and power plants to close, the administration is hoping to further its gun-control aims by making gun owners use more expensive, green bullets.

This story is full of incorrect information.

Several ammunition manufacturers have stated that this closure will not affect their product at all.

Furthermore, the conspiracy angle aimed at Obama is ridiculous considering that the EPA standard changes were made in 2008, under the Bush Administration.

Can't have secondary lead if there is no primary lead. There will be a slow stop.

"Furthermore, the conspiracy angle aimed at Obama is ridiculous considering that the EPA standard changes were made in 2008, under the Bush Administration"...

Well anon apparently some of your fellow kostards don't see it quite like that...

Note the following emanating from kostardia: SAT APR 05, 2008 AT 04:14 AM PDT
Kucinich Helps to Secure Major Changes In EPA Rule on Lead w/poll

Considering that both Houses of Congress were in the hands of DemoCRAPS in '08 its not inconceivable that pressure was brought to bear on the EPA by said scum in charge of EPA funding...

Meanwhile in the here and now I have a question for you Doug...

Did you read this whole article in Forbes by Frank Miniter back in 2011 titled: 'Fast And Furious' Just Might Be President Obama's Watergate (print version url)
9/28/2011 @ 10:56AM

I keep wondering what actual headway is Issa's committee making on this problem?

Here's hoping we get an administration in 2016 that will reverse the EPA's stranglehold.

More stringent rules by the EPA did not happen by accident, they were part of a mandate from our Potentate and it included plausible deniability.
Having seen first hand what the FDA did to the medical equipment industry ("we want to partner with you in the development of new products")then regulated companies into short sales to third world countries, I spit on any reasoning that things aren't connected.
I'll quote L.A. County Deputy District Attorney Patrick Frey at his Patterico blog, “they’re not just lying about politics now. They’re lying about data. They’re lying about everything. All the time. Constantly. It’s what you have to do to prop up an unsustainable government. … You lie and lie and lie and lie and lie and lie and lie.”
It may be good bye to lead and coal now but Barry will be President Unelect soon and much of this, God willing, will get sorted out.