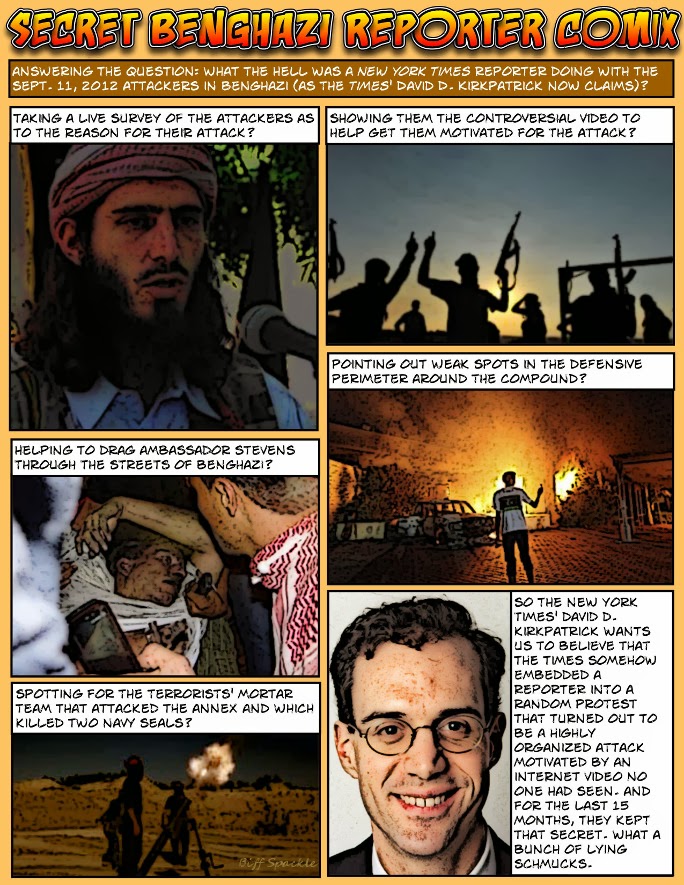 I can't imagine any American having first hand knowledge of an attack on an American property in which Americans were murdered and disgraced without coming out. Either this is a lie or the person in question is a Anti-American fictional character.

Hey diddle diddle,the cat and the fiddle,the cow jumped over the moon . . . . . . . . and the little dog laughed to see such sport,and the dish ran away with the spoon! Oh,I'm sorry! I thought we were sharing fairy tales!

I'd say if your a lying statist traitor to your own countrymen, fabricating out of whole cloth a fictitious tale designed to exonerate hillary clinton for the her willing part in the murder of 3 Americans for political purposes, doesn't mean the rest of us are stupid enough to buy into such incredible lies.

It's far past time to rid our selves of the domestic enemies who infest the media. It is time to have a revolution of independence to free ourselves, this great republic, from these malcontent traitors and their ilk once and for all and live in liberty and prosperity.

And it this story came out in the NYT saying they had a reporter embedded with the British at Concord or Lexington?

That picture of David Kirkpatrick -- I think that's the wrong guy. That's the film producer, not the journalist.