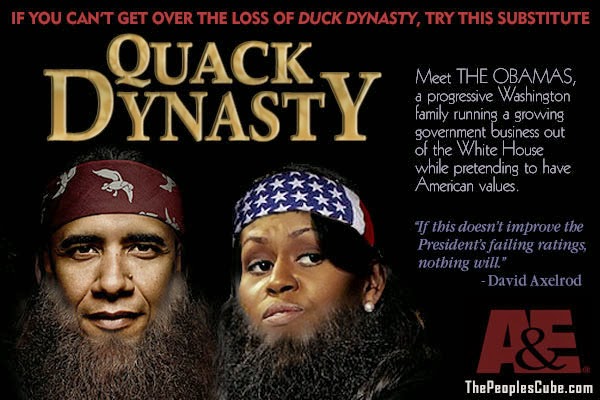 Since A&E's Duck Dynasty proved to be a lot more popular with Americans than their messianic president, the A&E Network is now working on a substitute series that will be just like the indefinitely suspended Duck Dynasty, only with the Obamas - a progressive Washington family running a growing government business out of the White House while pretending to have American values.

David Axelrod says about the new show, "If this doesn't improve the President’s failing ratings, nothing will.


Read the rest of the thread at The People's Cube