Border: A federal judge finds that the Department of Homeland Security, instead of arresting cartel members and the clients who pay them to smuggle children into the U.S., helps the drug lords complete the transactions.

Former DHS Secretary Janet Napolitano once proclaimed the U.S. border to be as secure as it has ever been. Yet her department has been found by Judge Andrew S. Hanen of the U.S. District Court of the Southern District of Texas to have actively undermined that security by enabling drug cartels engaged in the lucrative smuggling of children.

The case before Judge Hanen — United States of America v. Mirtha Veronica Nava-Martinez — underscores the Obama administration's total disregard for the laws that the president swore to faithfully execute. 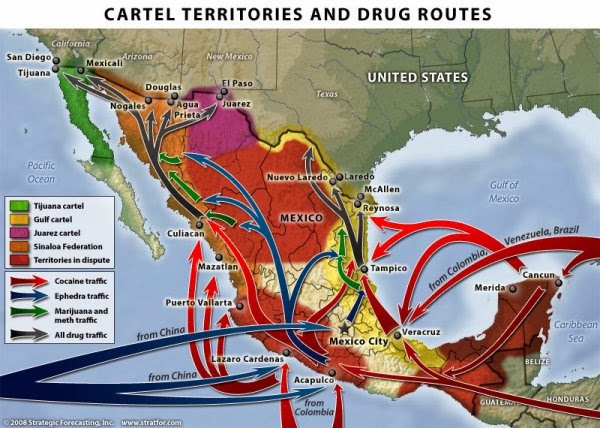 It also shows that the administration's cooperation with the cartels goes far beyond supplying them with assault weapons in Operation Fast and Furious.

As Breitbart.com has reported, the case involved Mirtha Veronica Nava-Martinez, an admitted human trafficker who came in contact with Patricia Elizabeth Salmeron Santos after she "solicited human traffickers to smuggle" Santos' daughter from El Salvador to her home in Virginia, according to Hanen.

Hanen said Santos "applied for a tourist visa in 2000, but was turned down," adding, "despite being denied legal entry into the United States, she entered the United States illegally and is living in Virginia." Santos hired Nava-Martinez and her smugglers for $8,500, paying them $6,000 upfront.

"The criminal conspiracy instigated by Salmeron Santos was temporarily interrupted when Nava-Martinez was arrested," wrote Hanen in his ruling. "Despite this setback, the goal of the conspiracy was successfully completed thanks to the actions of the United States government."

The child was taken into custody after Nava-Martinez was arrested at the border. But instead of arresting the mother for instigating an illegal conspiracy to violate U.S. immigration laws and initiate deportation proceedings, the DHS brought the child to her, completing the illegal transaction. "The DHS, instead of enforcing our border security laws, actually assisted the criminal conspiracy in achieving its illegal goals," Hanen wrote.

This is the fourth such case Judge Hanen has come across recently.

"In one situation, the government flew a child to multiple locations in different parts of the United States. The taxpayers of the United States suffer the expense of delivering these minors," Hanen wrote, noting that the Obama administration is "rewarding criminal conduct instead of enforcing the current laws."

Word that the DHS is not only not enforcing border security but is assisting Mexican drug cartels in profiting from illegally bringing children into the U.S. has spread across Mexico, giving parents an incentive to pay up for this illegal activity.

By helping them, the Obama administration is not only encouraging the breaking of U.S. laws and facilitating the funding of Mexican drug cartels but also contributing to reckless child endangerment.

As the case was being considered, Judge Hanen noted, "a 3-year-old El Salvadoran toddler was found abandoned by smugglers." Reports have surfaced of children being raped and abused while being held for additional money.

Of course, advocates of the amnesty program known as "comprehensive immigration reform" will insist that this only makes their case, and that all the administration is trying to do is assist in family reunification by uniting an illegal child with an illegal parent.

Perhaps this is the method in the DHS madness, although the ends clearly do not justify the means — just as Fast and Furious arguably was to facilitate gun control by fomenting increased gun violence.