In Hollywood both sides of aisle slam MSNBC, Olbermann


The Hollywood Reporter reports that MSNBC is under fire from all sides.

In a room full of television industry executives, no one seemed inclined to defend MSNBC on Monday for what some were calling its lopsidedly liberal coverage of the presidential election... The cable news channel is "completely out of control," said writer-producer Linda Bloodworth-Thomason, a self-proclaimed liberal Democrat. 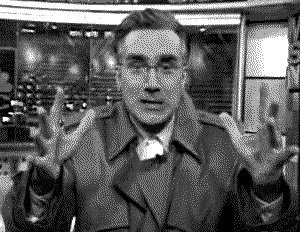 She added that she would prefer a lunch date with right-leaning Fox News star Sean Hannity over left-leaning MSNBC star Keith Olbermann... Olbermann was criticized by many who attended Monday's luncheon sponsored by the Caucus for Producers, Writers & Directors at the Beverly Hills Hotel. The event was dubbed "Hollywood, America and Election '08."

Bloodworth-Thomason and others seemed especially critical of the way MSNBC -- and other media -- has attacked Republican vice presidential candidate Sarah Palin while demeaning her supporters... Attendee Michael Reagan, the radio talk-show host and son of President Ronald Reagan, said he no longer will appear as a guest on MSNBC because "I actually get death threats."

...Pollster Frank Luntz, a regular guest on the Fox News, joked that MSNBC is "the only network with more letters in its name than viewers."

On a more serious note, Luntz said it's a problem that the electorate chooses to watch news programs not for information but to confirm already-held beliefs, and that applies to viewers of CNN and Fox News as well... Obama... gets credit because he's a better communicator than past Democrats, Luntz said, comparing the previous Democratic presidential nominee, John Kerry, to one of those trees that threw apples at Dorothy in "The Wizard of Oz."

...Some of the most spirited debate came from the panel's moderator, outspoken conservative Lionel Chetwynd. The writer, director and producer passionately defended the Iraq War and Palin, whom he called "the ideal Jeffersonian political figure."

Olbermann is a disgrace. Had he tried labeling a Democratic President a fascist war-monger (say, JFK during the Bay of Pigs or FDR during the Battle of the Bulge) -- he'd have found himself in front of a firing squad, after a six minute trial for treason.
at 11:31 PM
Email ThisBlogThis!Share to TwitterShare to FacebookShare to Pinterest
Labels: Democrats, MSM