Palestra: Obama's election workers and volunteers violating state election laws by voting in states in which they do not reside

Ace of Spades: "This is a bombshell. We now have undeniable proof that a significant number of fraudulent voters were cast in Democrat primary races for the New Mexico state legislature as a result of ACORN’s voter registration fraud," 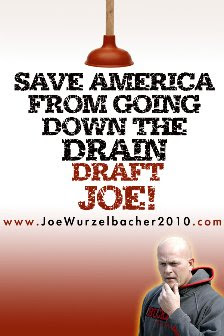 The American Thinker: Buying of the Presidency 2008 (Richard Baehr) and Stealing the Presidency (Kyle-Anne Shiver): "The minute Barack Obama is sworn in as the Chief law enforcement officer in America, the FBI will no longer be investigating ACORN. Neither will the Justice Department. "

These allegations and efforts to hurt Cindy have been a matter of public record for sixteen years...

It is worth noting that you have not employed your investigative assets looking into Michelle Obama. You have not tried to find Barack Obama’s drug dealer that he wrote about in his book, Dreams of My Father. Nor have you interviewed his poor relatives in Kenya and determined why Barack Obama has not rescued them. Thus, there is a terrific lack of balance here.

I suggest to you that none of these subjects on either side are worthy of the energy and resources of The New York Times. They are cruel hit pieces designed to injure people that only the worst rag would investigate and publish. I know you and your colleagues are always preaching about raising the level of civil discourse in our political campaigns. I think taking some your own medicine is in order here.

I ask you to let Cindy McCain carry on in her usual understated, selfless and dignified way. The fabrications and lies of blackmailers are not fit to print in any newspaper but particularly not in The New York Times.

Hey, counselor! Who said the Times was a newspaper? It's a frickin' press organ of the DNC! Everyone knows that, dummy!
at 6:15 AM
Email ThisBlogThis!Share to TwitterShare to FacebookShare to Pinterest
Labels: Linkfest