In July, Jim Lindren noted a peculiar couple of sentences in a Barack Obama speech captured on videotape. 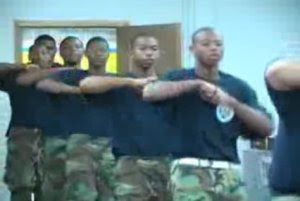 Add an Obama paramilitary force to his campaign's attempts to suppress criticism and I can't help but recall 1933 Germany. 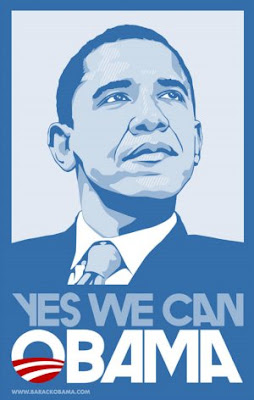 Intimidation of voters by Democratic law enforcement -- KMOV (St. Louis): Missouri Truth Squad: St. Louis City Circuit Attorney Jennifer Joyce and St. Louis County Circuit Attorney Bob McCulloch are threatening to bring libel charges against those who speak out falsely against Barack Obama. The officials, both Obama supporters, are threatening to bring criminal libel charges against anyone who levels what turns out to be false criticisms of their chosen candidate for President. 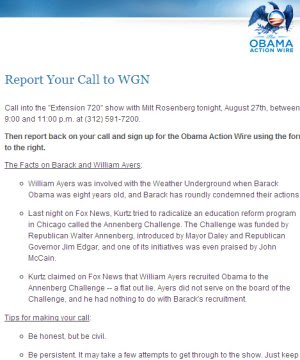 Intimidation of the media organized by the Obama campaign -- Huffington Post: Obama Vs. WGN, Take Two... Chicago radio station WGN-AM is again coming under attack from the presidential campaign of Sen. Barack Obama for offering airtime to [an] author [of a book critical of the candidate]... It is the second time in recent weeks the station has been the target of an "Obama Action Wire" alert [mobilizing] supporters of the Illinois Democrat...

Intimidation of GOP donors by Obama attorneys -- Politico: The [Obama] campaign demands a criminal investigation into the organization and donors to the infamous Ayers ad that broadcast heavily in Texas and Ohio: "We urge and expect the Department of Justice to fulfill its commitment to take prompt, vigorous actions against criminal violations of the campaign finance laws. We ask that it begin here, by initiating an investigation into the American Issues project; its officers and directors; and its anonymous donors, whoever they may be." 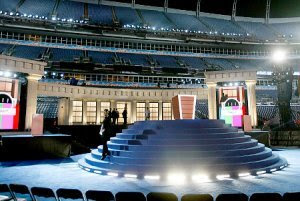 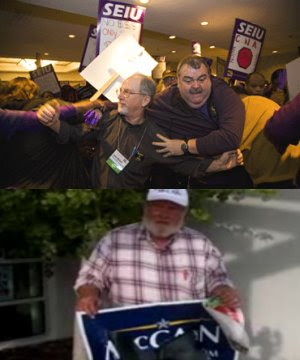 Organized reprisals for examinations of ACORN's role in vote fraud -- The New York Times: The Obama campaign sent a letter to the Attorney General requesting they "look into the whether F.B.I. investigations of the Association of Community Organizations for Reform Now, or Acorn, were politically motivated." 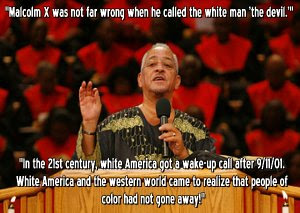 You people starting to get the picture yet?

I wonder if the new Internal Security Force plans to use Obama's distinctive logo on their armbands?
at 11:10 AM
Email ThisBlogThis!Share to TwitterShare to FacebookShare to Pinterest
Labels: Democrats, extremism, Obama

Nice post as for me. I'd like to read something more about that matter. Thnx for posting this material.
The only thing I would like to see here is such photo or even two :)
Sexy Lady
Female escort

Whenever i see the post like your's i feel that there are still helpful people who share information for the help of others, it must be helpful for other's. thanx and good job.

Here is the full transcript of the speech. Obama was talking about the Peace Corps, USA Freedom Corps and the Foreign Service. Obviously this entire post is nothing more than a misleading slander. Shame on the publishers.


Obama, July 2, Colorado Springs, CO: [As] president I will expand AmeriCorps to 250,000 slots [from 75,000] and make that increased service a vehicle to meet national goals, like providing health care and education, saving our planet and restoring our standing in the world, so that citizens see their effort connected to a common purpose. People of all ages, stations and skills will be asked to serve. Because when it comes to the challenges we face, the American people are not the problem - they are the answer. So we are going to send more college graduates to teach and mentor our young people. We'll call on Americans to join an energy corps, to conduct renewable energy and environmental clean-up projects in their neighborhoods all across the country.
We will enlist our veterans to find jobs and support for other vets, and to be there for our military families. And we're going to grow our Foreign Service, open consulates that have been shuttered and double the size of the Peace Corps by 2011 to renew our diplomacy. We cannot continue to rely only on our military in order to achieve the national security objectives that we've set.
We've got to have a civilian national security force that's just as powerful, just as strong, just as well-funded. We need to use technology to connect people to service. We'll expand USA Freedom Corps to create online networks where American can browse opportunities to volunteer. You'll be able to search by category, time commitment and skill sets. You'll be able to rate service opportunities, build service networks, and create your own service pages to track your hours and activities. This will empower more Americans to craft their own service agenda and make their own change from the bottom up.

Thank you anonymous ...you get the big picture. Nice to kno sum of us get it! Ya know

Anonymous said; Instead of reading a speach of his, look into what it means,what does working with police have to do with the health care and education,and saving our planet,cleaning our neighborhoods and renewable energy have to do with it