On NPR in 2001 Obama Compared America to Nazi Germany 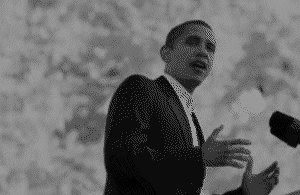 In the 2001 NPR interview that was unearthed this weekend, Barack Obama complained that the U.S. Constitution "reflected the fundamental flaw of this country that continues to this day."

Obama also laments that the Supreme Court under Warren didn't mandate a redistribution of wealth as a component of its civil rights decision.

So not only is the U.S. Constitution egregiously flawed, but a thinly disguised form of reparations (or simply Marxism) is on the agenda.

Charles Johnson adds this tidbit from the same transcript:

The doctrines of Nazism look uncomfortably similar to life in the United States?

And this man wants us to call him Commander-in-Chief Obama?
at 8:28 PM
Email ThisBlogThis!Share to TwitterShare to FacebookShare to Pinterest
Labels: extremism, Obama