Tipster says the fix is in for tonight's debate 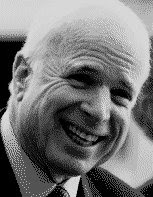 So Goes CBS's GOP support. Example: Dan Rather fired to promote the Bush administration, now, the set up is CBS's Bob Schieffer to sabotage Obama. Three of many CBS/Schieffer hits on Obama: (1)Listen for the repeated re-questioning of Obama regarding serious topics while light and airy questions are presented to McCain. (2)Watch Schieffer call speaking time on Obama while allowing McCain to 'talk on' at his leisure. (3) Schieffer will question Obama about 'terrorist association' McCain has accused him of, simultaneously, Schieffer will refuse to ask McCain about the many 'evil' & 'terrorist' associations McCain & Palin have amongst themselves, noted below.

THE LIBERAL MEDIA IS ANOTHER GOP LIE, IT'S SKILLFULLY PORTRAYED AS SUCH BUT REMAINS THE CONSERVATIVE MEDIA AS OWNED BY RNC FRIENDLY CORPORATIONS. The Times reveals that Brokaw has "played a pivotal role out of public view, both within NBC and in its dealings with the campaign of John McCain. Browkaw had Olbermann and Matthews fired from NBC's coverage of the presidential debates and election night on behalf of the McCain Campaign.

* As a result of John's friendship with CBS & Bob Schieffer, there's some special knowledge of Debate topics as McCain, while on the Mark Readon Show, promises that moderator Bob Shieffer will bring up the Ayres & Wright associations. (Link)

* Guess Who The #1 National Debate Sponsor is: Anheuser-Busch Companies (BUDWEISER)~Isn't there a strong association/connection here, to Cindy McCain?
(Link)

The fix is in for a GOP candidate?

I'll believe it when I see it.
at 8:13 PM
Email ThisBlogThis!Share to TwitterShare to FacebookShare to Pinterest
Labels: Democrats, McCain, MSM, Obama