When even the Democratic press release digest known as The Columbus Dispatch expresses dismay at the Ohio Secretary of State's partisan antics, you know things have gotten really out of hand. Jennifer Brunner, whose business card reads "Goddess of Voter Registration Fraud" (or so I've heard), took a well-deserved bludgeoning in today's editorial. 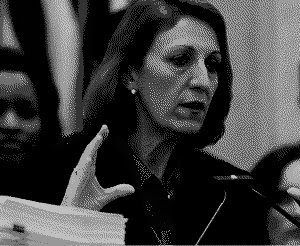 ...Brunner made a serious blunder by failing to give county elections boards the names of new voters whose registration records don't match state and federal data. She should comply with a federal court order to release the information within a week instead of appealing... In addition to discrediting herself, Brunner's attempt to withhold the data undermines the integrity of the election system.

...And the fact is that some registrations likely are illegitimate. Smith's ruling cited the questionable activity of ACORN, a group that has registered thousands of Ohioans... The Cuyahoga County Elections Board is investigating about 50 suspicious registrations collected by ACORN, the Association of Community Organizations for Reform Now. Registration cards supplied by ACORN had duplicate names, which might indicate that paid canvassers shared names to reach their collection quotas.

...Brunner campaigned for office by promising to restore trust in the election system and in the secretary of state's office, but once again she is doing the opposite.

Looks to me like she's canvassing for a Deputy AG role, akin to Jamie Gorelick.
at 5:43 PM
Email ThisBlogThis!Share to TwitterShare to FacebookShare to Pinterest
Labels: Crime, Democrats, Vote Fraud