Yes we can! (Knowingly accept millions in fraudulent donations)

You know how ACORN registered thousands of bogus voters like Mickey Mouse and Daffy Duck? ACORN's handlers at the Obama campaign seem to be accepting contributions from Mickey and Daffy too.

It turns out that the Obama campaign's crack team of fundraisers decided to turn off all security validation for credit-card donations. Want to enter the name Pedro Martinez when the credit-card belongs to Arnold Fizbin? Need to use the ZIP code 99999 when the card owner's ZIP is 02154? No problem! The Obama campaign doesn't care!

In order for this to occur, the "Address Verification System has to be specifically disabled to allow this fraud." 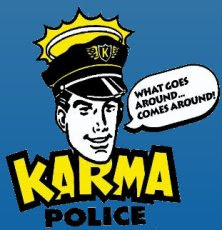 Having worked for companies that process credit cards online, it is necessary to go through and manually disable the safeguards that they put in place to verify a person's address and zip code with the cardholder's bank. But international banks don't currently have the same safeguards that banks in the US have...

So most likely they've disabled the necessary safeguards for US cards which their merchant bank would be angry about if they found out since it exposes them to risk, as well as international cards which is an even greater risk because there's no way to verify the information electronically for most countries, so they could just say they're in the US with phony info and the card will still process online. The One could then just claim that they said they were from America...

An earlier analysis of donations revealed millions of dollars in illegal donations from made up characters like "Doodad Pro" and "Good Will". These contributions were conveniently structured to fit in the "under $200" category, which the Obama campaign (unlike McCain) has refused to reveal.

Andy McCarthy described the abuse of the campaign finance laws by the Obama campaign in stark terms:

A... review of the Obama campaign finance filings found that the FEC had asked for the redesignation or refund of 53,828 donations, totaling just under $30 million.

Just a tad over the limit 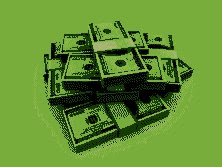 But the new revelations of illegal donations appear to be a mixture of stolen (and unvalidated) credit-cards and willful violations of finance law. I'm not a math major, but Mary T. Biskup's contribution of $174,800 would appear to be over the $2,300 limit.

Scott Johnson reports that tests of the Obama website confirm that all security validation is disabled.

I went back to the Obama site and made three additional donations using the names Osama Bin Laden, Saddam Hussein and Bill Ayers, all with different addresses. All the transactions went through using the same credit card. I saved screenshots of the transactions... I tried the exact same thing at the McCain site and it didn't allow the transaction."

In May of this year I noted the fact that the Obama campaign ran the only website that permitted donations from foreign countries without any proof of citizenship. In contrast, the Hillary and McCain sites both required documentation before accepting a donation from a foreign country.

In summary: the five-year stock price of the New York Times

While the Times' CSI unit probes Joe the Plumber's health records and scrutinizes Sarah Palin's shoe bills, an election is well nigh being stolen right under their very eyes. Although this scandal is a doozy, the Times is silent about this flagrant abuse of election law.

Eleven days remain until the election... hundreds of millions of dollars in illegal and foreign donations appear to have flowed into Obama's coffers... and Manhattan's Pravda can't rustle up a story. Not to worry. I give them six months.