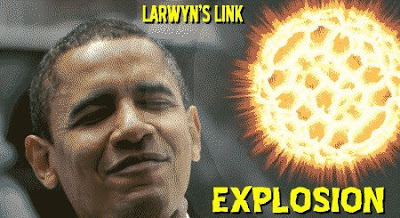 • Gateway Pundit: It has begun: Democrats propose cutting defense spending 25% and nationalizing 401Ks. I figured they might wait until after the election results are in, but what with ACORN and all, perhaps that's not necessary.

• Ace: 30% of ACORN's 1.3 million registration are fraudulent. A few mistakes can't be helped, you neocons!

• Mark Levin's brilliant The Obama temptation: "There is a cult-like atmosphere around Barack Obama, which his campaign has carefully and successfully fabricated, which concerns me. The messiah complex. Fainting audience members at rallies. Special Obama flags and an Obama presidential seal. A graphic with the portrayal of the globe and Obama's name on it, which adorns everything from Obama's plane to his street literature..."

• Irony alert: Leader of cop-killing group calls cops to throw reporter off sidewalk. Hopefully the police had more important things to do than show up at Bill Ayers' home (does he still call them pigs?). Ann adds, "Ayers is such an imbecile, we ought to be amazed that he's teaching at a university... except all former violent radicals end up teaching. Roughly 80 percent of former Weathermen are full college professors -- 99 percent if you don't include the ones killed in shoot-outs with the police or in prison -- i.e., not yet pardoned by a Democratic president."

• Irony alert part deux: Media up in arms over Palin's $150K wardrobe spend... fails to notice that Obama's "Greek Temple" set at Invesco Field cost $5.3 million. Oh. And all of the bills from that night's festivities aren't even in yet. 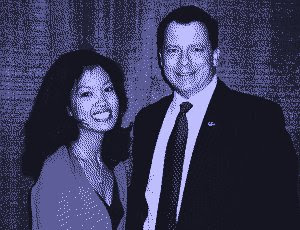 • Russell Brigade: Help defeat John ("My constituents are all racists") Murtha. Although I believe he prefers the nickname Porky Haditha.

• YouTube: Republican for a Reason. If this doesn't send chills down your spine, nothing will.

• WFTV: Five minutes of Hell for Joe Biden. If you're keeping score -- 8,244 media outlets in the tank for Obama bin Biden; 1 outlet is asking real questions. And, "how dare you ask Senator Biden real questions?" Plus: Barbara West responds. Barack says that Biden is crazy like a fox.

• Blackfive: The Wolf on Obama's Mistress, a story apparently developed by Clinton staffers.
at 9:33 AM
Email ThisBlogThis!Share to TwitterShare to FacebookShare to Pinterest
Labels: Linkfest