The "Madman theory of the presidency"


The disturbing allegations of threats made by the White House to Chrysler's senior creditors continue to ripple through the financial world. The tale and its implications are, put simply, Nixon-esque.

The "non-TARP" creditors -- investment firms that hadn't taken any government money -- refused the White House deal that offered them about 30 cents on the dollar for their Chrysler debt. These senior creditors held out, claiming that junior lenders -- such as the United Auto Workers -- would control 55 percent of the new Chrysler, a better deal than some secured lenders.

Business Insider confirms non-TARP attorney Thomas Lauria's story, albeit through sources that wish to remain anonymous. To wit, the White House threatened Chrysler's creditors in a manner reminiscent of the Corleone family. 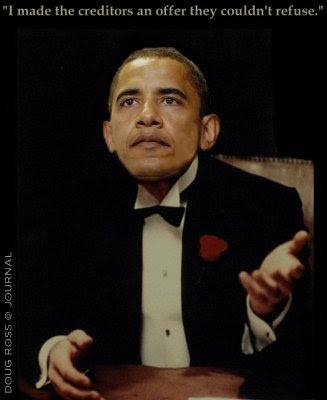 Creditors to Chrysler describe negotiations with the company and the Obama administration as "a farce," saying the administration was bent on forcing their hands using hardball tactics and threats.

Conversations with administration officials left them expecting that they would be politically targeted, two participants in the negotiations said.

Although the focus has so been on allegations that the White House threatened Perella Weinberg, sources familiar with the matter say that other firms felt they were threatened as well. None of the sources would agree to speak except on the condition of anonymity, citing fear of political repercussions.

The sources, who represent creditors to Chrysler, say they were taken aback by the hardball tactics that the Obama administration employed to cajole them into acquiescing to plans to restructure Chrysler. One person described the administration as the most shocking "end justifies the means" group they have ever encountered. Another characterized Obama was "the most dangerous smooth talker on the planet - and I knew Kissinger." Both were voters for Obama in the last election.

One participant in negotiations said that the administration's tactic was to present what one described as a "madman theory of the presidency" in which the President is someone to be feared because he was willing to do anything to get his way. The person said this threat was taken very seriously by his firm.

The White House has denied the allegation that it threatened Perella Weinberg.

Last week Obama singled out the firms that continue to oppose his plan for Chrysler, saying he would not stand with them. Perella Weinberg says it was convinced to support the plan by this stark drawing of a line between firms that have the president's backing and those that did not. They didn't want to be on the wrong side of Obama. Privately, administration officials have expressed confidence that other firms will switch sides for this reason.

These allegations add to the picture of an administration willing to use intimidation to win over support for its Chrysler plans--and then categorically deny it.

Well, that’s certainly reassuring.  The man at the helm during one of the biggest economic crises in decades is a madman who will act in an unpredictable and irrational manner if he doesn’t get his way.  It sounds like they paint Obama as either a lunatic or a petulant child.

As Glenn Reynolds says, the country is in the very best of hands.

In yesterday's court hearing, additional details were revealed as the non-TARP creditors were granted a delay:

...today's court hearing was indeed a mini drama after Tom Lauria disclosed to Judge Gonzalez that some Chrysler creditors had received death threats. While the threats have been referred to the FBI, it is obvious why Lauria is set on keeping the identities of the 20 hold outs secret at this point...

...Among the other disclosures today was the statement by Robet Manzo of Capstone that not only is the U.S. government not charging interest on the Chrysler DIP but that there is a "low probability" that Chrysler would be able to repay the loan. This means that the [US taxpayer] could lose as much as $8 billion in this bankruptcy, an amount which includes the $4 billion already loaned in January...

The President has just harshly castigated hedge fund managers for being unwilling to take his administration’s bid for their Chrysler bonds. He called them “speculators” who were “refusing to sacrifice like everyone else” and who wanted “to hold out for the prospect of an unjustified taxpayer-funded bailout.” 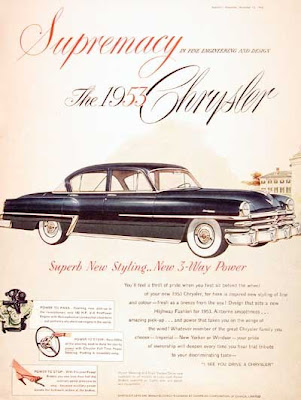 ...I run an approximately twenty billion dollar money management firm that offers hedge funds as well as public mutual funds and unhedged traditional investments. My company is not involved in the Chrysler situation, but I am still aghast at the President’s comments (of course these are my own views not those of my company).

...The President and his team sought to avoid having Chrysler go through [the bankruptcy] process, proposing their own plan for re-organizing the company and partially paying off Chrysler’s creditors. Some bond holders thought this plan unfair. Specifically, they thought it unfairly favored the United Auto Workers, and unfairly paid bondholders less than they would get in bankruptcy court. So, they said no to the plan and decided, as is their right, to take their chances in the bankruptcy process...

[But] ...The President’s attempted diktat takes money from bondholders and gives it to a labor union that delivers money and votes for him. Why is he not calling on his party to “sacrifice” some campaign contributions, and votes, for the greater good? Shaking down lenders for the benefit of political donors is recycled corruption and abuse of power.

...Let’s also mention only in passing the irony of this same President begging hedge funds to borrow more to purchase other troubled securities. That he expects them to do so when he has already shown what happens if they ask for their money to be repaid fairly would be amusing if not so dangerous. That hedge funds might not participate in these programs because of fear of getting sucked into some toxic demagoguery that ends in arbitrary punishment for trying to work with the Treasury is distressing. Some useful programs, like those designed to help finance consumer loans, won’t work because of this irresponsible hectoring.

This is America. We have a free enterprise system that has worked spectacularly for us for two hundred plus years. When it fails it fixes itself. Most importantly, it is not an owned lackey of the oval office to be scolded for disobedience by the President...

If you joined us late, Corky Boyd published a transcript of an interview with attorney Thomas Lauria, representing a Chrysler investor, expressing his anger at the White House. The interview, which took place last week, was the first inkling of skulduggery on the part of the administration and its lackeys.

Lauria: Let me tell you it’s no fun standing on this side of the fence opposing the President of the United States. In fact, let me just say, people have asked me who I represent. That’s a moving target. 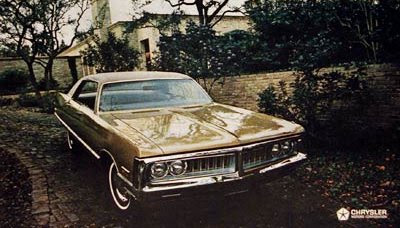 I can tell you for sure that I represent one less investor today than I represented yesterday. One of my clients was directly threatened by the White House and in essence compelled to withdraw its opposition to the deal under the threat that the full force of the White House Press Corps would destroy its reputation if it continued to fight. That’s how hard it is to stand on this side of the fence.

Beckman: Was that Perella Weinberg?

Lauria: That was Perella Weinberg.

It would appear, then, that the White House privately threatened investment firms who tried to protect their investors. And the investors, in many cases, are us: pensions, for example, who've invested in these firms and expect parties to abide by the letter of the law.

Boyd concludes, "This is an abuse of power that goes beyond Nixon."

Glenn Reynolds ponders the unanswerable and asks, "How does the supposedly independent White House Press Corps feel to know that it’s being wielded as a weapon by Obama’s operatives? Might it at least be interested in looking into these allegations?"

Is anyone standing up for Chrysler's actual creditors... and the letter of the law?

The answer appears to be no.

Lauria, however, is threatening to fight the White House. 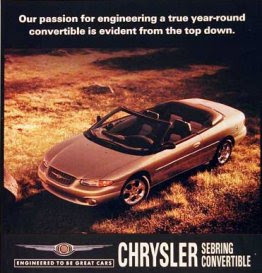 Specifically, [Lauria] says the holdout lenders will challenge the planned sale of Chrysler's prime assets to a new company controlled by the auto workers union and Fiat, according to Reuters. The lenders say the sale is an "end run" around established bankruptcy law that gives secured lenders priority over junior lenders (including the union) when it comes to getting repaid...

...This is the exact strategy University of Chicago law professor Douglas Baird predicted the holdout lenders would use when we interviewed him yesterday. As Baird noted, creditors have the right to challenge any bankruptcy reorganization plan that ends with them receiving less than they would have had the company been liquidated. The holdout lenders believe that to be the case here, Baird told us. But section 363 of the U.S. bankruptcy code allows for Chapter 11 debtors to sell assets before creditors can challenge the general reorganization plan... That means Lauria's only option is to object to the sale, Baird told us.

And Baird's not the only one.

Steven Gross, co-chair of the restructuring practice at Debevoise & Plimpton, told our colleague Brian Baxter he's anxious to see the group's motion objecting to the sale. But Gross says the press release the lenders put out Thursday was "not very compelling," and that the chips may be stacked against their objection to the Fiat sale.

"People are saying this is just the government bullying people," Gross says. "But there is still a statute, and if there are grounds to derail [the sale], you can be sure [the non-TARP lenders] will use it, although in bankruptcy if you get some many constituents to support something, that can be very hard."

The story, then, appears not to be the various vagaries of restructuring law and junior subordinated debt.

Conor Clarke, writing at The Atlantic calls it "casting the hedge funds as villains."

In other words, we are the Wall Street fat cats!

After the results of the stress tests are released, what businesses will step up to do business with Obama?

ABC News reported that Obama's enforcer was his "Auto Czar":

One commenter at Zero Hedge observes that this is protoypical Chicago politics. 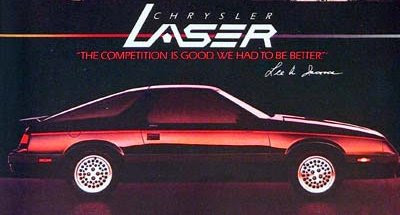 As a lifelong Chicagoan let me help you out with what is going on here: Any casual "threat" involving the White House press corps, as hysterical as it is, is probably legal as long as they stay out of protected information. The unstated threat would be fishing expeditions by the SEC and any other federal agency that could possibly come into play.

You see... it's the Chicago Way, last year they only had building inspections, garbage collections and the like at their (ahem) disposal, this year they have the entire weight of the Federal Government behind them and if you expect me to believe for one minute that the guys who put Rod Blagojevich in office and supported him there are not playing games with power, I will double over laughing at your naivete. As a registered Chicago Democrat I simply cannot go there.

But doesn't President Obama have such a nice, baritone speaking voice?