Did White House Order Policy Changes That Allowed Times Square Bomber to Gain Citizenship Even Though He Was on a Watch List?

Accused Times Square bomber Faisal Shahzad had been on a terror-related watch list since 1998. He was caught bringing $80,000 in cash into the U.S. from Pakistan. 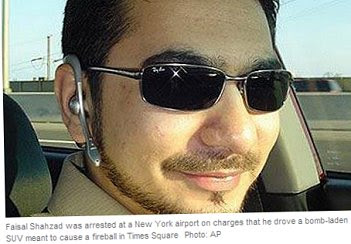 Shahzad, born in Karachi Pakistan, was granted an F-1 student visa in December 1998. He earned a B.A. in Computer Science and Engineering from the University of Bridgeport in 2000 and was granted an H-1B visa -- reserved for skilled "specialty occupation" workers -- in April of 2002. Three years later, on that same visa, he earned an M.B.A.

On Oct. 20, 2008, he reported to immigration authorities that he had married Huma Asif Mian, an American citizen. Shortly thereafter -- on April 17, 2009 -- he gained his citizenship via a naturalization ceremony in Bridgeport.

The key question that no one seems to be asking is this: how, after showing up on at least one Treasury Department watch list, was Shabazz (whatever) granted his citizenship? No one is talking on the record, but the implication is clear: it is extremely likely there was a policy change directed by the White House and/or State Department.

...Christopher Bentley, a spokesman for the U.S. Citizenship and Immigration Services (USCIS), would not comment on Shahzad's case but said generally that all immigrants seeking permanent residency and later citizenship undergo routine background screening. He said the FBI does a name check and looks for any criminal records. 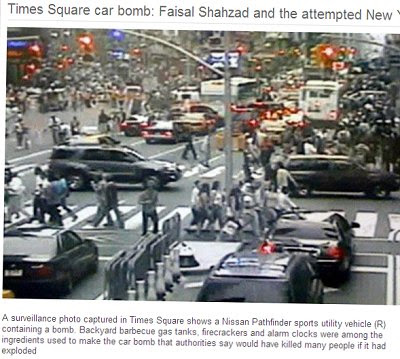 "They run a very detailed look into a person's background for anything that would preclude them from getting citizenship," he said. "They also look at associates who may be connected with a criminal background. It's a very comprehensive look." 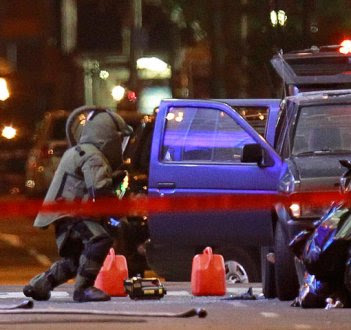 Once a person passes that initial screening, the pathway to citizenship includes being able to speak English and pass a test about U.S. government and history... ...Soon after Shahzad took that oath and got his U.S. passport -- and no longer had to pass muster in the eyes of U.S. immigration and law enforcement officials -- he reportedly traveled to Peshawar. According to the criminal complaint filed today, Shahzad admitted to undergoing bomb-making training in Waziristan, a hotbed of extremists not far from the Afghanistan border. He returned in February after a five-month stay in his native country. According to The New York Times, he used two Pakistani passports and one U.S. passport in his travels.

...Under a new National Security Entry-Exit Registration System adopted in 2002, all noncitizens over the age of 16 from predominantly Muslim countries -- including Pakistan -- as well as North Korea were required to register and be fingerprinted.

Did the White House order the State Department to loosen background checks on those applying for citizenship from Muslim countries. 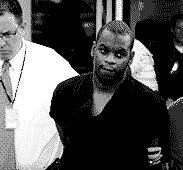 That day's update from Stratfor Research described the background of a then-recent attack on U.S. soldiers in Little Rock, Arkansas. One soldier was killed and another critically wounded by a lone gunman who began shooting from a pickup truck.

Is it possible that the White House or Eric Holder's Justice Department blocked counterterror investigations that could have saved the targeted soldiers? That would indeed appear to be the case.

Did the White House order the State Department to "loosen up" background checks on those applying for citizenship from terror watch-list countries? That would be consistent with the reports from Stratfor that "outreach" to Muslims is precluding basic security practices.

Congress must demand an immediate investigation of these reports. Too much is at stake to play politics with the lives of American citizens and our military personnel.

Note too that the Department of Justice has told the intelligence community not to answer questions put to them by the head of the Senate Intelligence Committee- even though they are legally obligated to do just that.

Why does DoJ want them to stonewall Congress?

Unknown said...
This comment has been removed by the author.
6:00 AM

Hey, I just thought of something, because of all the food that you have provided cp. I do not like people categorize and sterotype, but in my personal life, I kind of disrespect of GOP members other than by a self-righteous never showed me put. They have it all proud to have worn well. God fearing Christians to boot, drama! I'm labeling anyone here, and really seriously, just thought I thought, and that is the way it is for me. One bad apple do not spoil the whole bunch, though is not. I know.