It's the Obama Recovery! Removing Census Jobs and Other Chaff From Employment Numbers Reveals That Only 36K Jobs Were Added Last Month 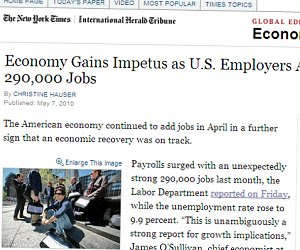 The world's dumbest blogger, in lockstep with the Times, joins the chorus, stating that "today’s numbers are actually good in the sense of 'consistent with the unemployment rate falling.'"

The Glute-master parrots the Times' spin with "today's jobs report [is] excellent." 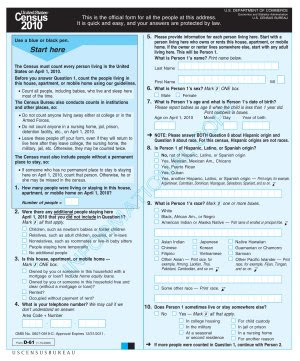 Back in the little land we like to call reality, the numbers remain grim, while the Democrat-led malaise in California, Illinois, Michigan and New York is literally devastating entire communities. Tyler Durden's headline reads, "Fake +290K Payrolls "Added", Real Number Is 36K After Census And Birth-Death, Unemployment Goes Back To 9.9%, Underemployment At 17.1%"

Of the 290,000 jobs "added", census workers totaled 66,000 while the "Birth-Death Model" (the mathematical method by which the Bureau of Labor Statistics calculates eligible workers) added 188,000 "jobs". 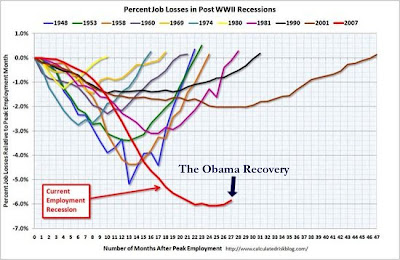 Unemployment is at 9.9% and the underemployment rate is 17.1%. Feeling stimulated yet?

the 17% won't find employment until obama is unemployed...

Isn't it about time that we stop counting jobs that not only do not produce any wealth, but that suck wealth out of the actual economy, and typically are jobs designed to somehow further restrict wealth creation in the actual economy.

I say this both in terms of employment/unemployment and in terms of GDP. No government official will ever agree to this; WE must simply stop using false metrics.

Unemployment is the worst case, but these can be minimized through education to everyone. In India, Government has made compulsory education to the all the children's and i hope in future there are more jobs in mumbai and everyone gets benefited.