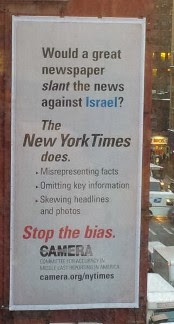 Will Chuckie Schumer demand Tina Turner pay his Reich Flight Tax?: W.C. Varones
She Killed Three Men for ‘Fun’: R.S. McCain
Can a Tweet Put You in Prison? It Certainly Will in the UK: Daily Beast

QOTD: "“I don't know why in the world House Republicans would move on immigration legislation in 2014,” said Representative Jeff Duncan of South Carolina.

Representative Jim Bridenstine of Oklahoma said securing the border is a far more urgent priority than discussing the citizenship of illegal aliens in the U.S. because of the savage violence at the border.

“We have on the border of the United States 100,000 dead bodies just south of our border,” Bridenstine said. “We focus on Syria because that’s where the president wants to focus, while we have a crisis on our own southern border. And it’s because we have an insecure border.”" --Matthew Boyle

at 9:27 AM
Email ThisBlogThis!Share to TwitterShare to FacebookShare to Pinterest
Labels: Linkfest


My work here is done:
http://www.strangepolitics.com/content/item/169847.html


Why does this country need illegal immigration?

Or better put; Why does this country Allow illegal immigration?

There has to be a reason/s.

Any of you in here get that one, and you will have hit the jack pot.

An open letter to the GOP on third parties and Lost causes.

By way of introduction – let’s just say I’m one of Millions of formally loyal supporters of the GOP. We are the people who donate small amounts and volunteer to make phone calls and knock on doors and do a myriad of others things we don’t like to do just to support the Republican party. We are the ordinary folks you ignore or openly insult – the people you are taking for granted.
We’re also the folks who are standing by dumbfounded as you’re doing the Democratic socialist’s bidding of creating a whole new underclass of Dem voters granting amnesty to the illegal invaders.

Do you really think there is any point in sticking with you people since you seem to be obsessed with defeat? Do you actually think that we’ll stick by you no matter what? Did people stick with the Titanic as it was sinking below the waves?

You say we will lose if we don’t support the party – well, we’re going to be losing anyway so ‘what difference does it make?’ [To coin a phrase]

I intensely dislike traipsing around strange neighbourhoods and knocking on doors for hours on end – but I did that for the good of the party.
I cannot stand calling people on the phone to go through inane call scripts – but I did that because I thought it was important for the future of the country.
I helped prepare mailers and did other grunt work because I knew the country is on the edge of a precipice.

I tried to support you people whenever I can and what did it get my brethren and me?
[Aside from the derision from fellow Conservatives that think we’re fools for continuing to support you losers]

Let me fill you in on a couple totally freaking obvious facts that have escaped your well healed notice:

A). The Leftist-Socialist National Media is NEVER GOING TO BE YOUR FRIEND – learn this really obvious fact and put it in big block letters over your desks so you can remember it.

Say it yourselves 100 times until you learn it – they are the propaganda arm of the Socialist Democratic national party and they cannot be appeased, and they certainly won’t be your friends. They must be defeated along with the main body of the socialist national left in this country.

Those people need to be defeated, not befriended. They are playing for keeps – we need to do the same. In Alinsky’s rules for tools, he refers to us as the ‘enemy’ – well it’s time we did the same.

B). The Media and the DNC are going to label you Racists, terrorists or whatever unless you cease to be Conservatives and become a variation of their Socialist selves.

Stop trying to answer their mendacity and label it for what is and move on – for once you end up on the defensive, they will keep you there. Take a page from the leftists and push a Conservative agenda instead.

The Socialist National left is like a baseball batting machine that incessantly hurls fast balls at your head. Its an unceasing process that will never stop

The minute you shoot down one their outright Lies, two more will be on your way.

C). Never do what the enemy wants you to do – this is so blindingly so obvious the great strategist Sun Tzu didn’t bother saying this self-evident truth.

Now why would the Socialist Democratic national party want to create 30 Million Dem. voters out of the illegal invader population? Why would you want to help them destroy our representative republic this way?

So, what do you need to do to get us to stick with you and get us back into your good graces?
Good question [{I’m glad I asked it}[

1). STOP SUPPORTING AMNESTY FOR 30 MILLION NEW DEMOCRATIC VOTERS.
[Can I be any more emphatic on that point?]
Mark my words, you can either drop the insane idea of amnesty for the illegal invaders or you can destroy the party - It’s your choice.
Pushing amnesty will either create 30 Million new voters for Democratic largess or it will fractionalize the party so badly that it will no longer be the ‘Loyal opposition’ to the Socialist National left.
The GOP will be deader than a Bull Moose as a result – does that sound like a winning strategy?

Either way will mean one party Socialist Democratic national party rule for now until Armageddon.

2). Stop insanely nominating Rinocrats in the futile hope that the media will be ‘nice’ to you and not put the full weight of their propaganda machine to work shredding said candidate.

How many times do you need to repeat that insanity before you learn the lesson?

3). Stop trying to outbid the socialist with government largess – you cannot win the game, because they don’t care if they bankrupt the country in 5 years instead of 20.

It should be plain that you need to stand up for Conservative values – that is the only thing that will save the country from it’s inevitable demise at the hands of the socialists.

IF you do not do those simple things to save the party and save the nation, I will bid you a quick goodbye and be on my way – along with millions of others.

You can stuff your endless appeals for my donations, and your admonitions to volunteer will fall on deaf ears.

We may be on our way to defeat with a third party – but we will do it with our head held high and our Conservative principles intact.

There is no earthly reason to stay with a sinking ship – and you people are heading straight on for an iceberg – and sadly, you don’t seem to know it.

We can and we will leave – many already have and the exits are getting pretty jammed up.

I can envision many of my Conservative colleagues yelling back at the paper – Hey, where have you been sister? We abandoned the stupid party years ago – well, let me just say in my defense that in most abusive relationships, each has their persona breaking point – many have already reached and are beyond that point. I dare say that if the current events hold to the trends as they are now, many more will join them – as will I.