HE REALLY IS A TYRANT: Obama now claims he can raise taxes by himself through an executive order

President Obama really does think he is a king or an emperor of some type. Now he claims that he is going to use executive orders to raise taxes on us all.

This arrogant prince thinks he can do anything he wants just by his say-so. No act of Congress needed. 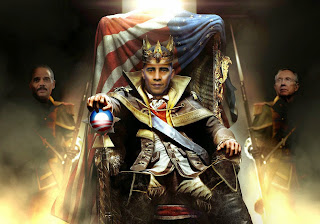 “The president certainly has not indicated any reticence in using his executive authority to try and advance an agenda that benefits middle class Americans,” Earnest said in response to a question about Sen. Bernie Sanders (I-VT) calling on Obama to raise more than $100 billion in taxes through IRS executive action.

“Now I don’t want to leave you with the impression that there is some imminent announcement, there is not, at least that I know of,” Earnest continued. “But the president has asked his team to examine the array of executive authorities that are available to him to try to make progress on his goals. So I am not in a position to talk in any detail at this point, but the president is very interested in this avenue generally,” Earnest finished.


The unlawfulness and arrogance of this man is incredible.

Who needs the Constitution, eh?

And who/what is to stop him? I was taught in school that there was a system of checks and balances to keep any one branch of government from doing exactly this sort of thing. Now that those checks need to be implemented, what happened to them? After today, can anyone still believe that we can simply vote to change what is being done in our name in Washington?