OBAMA'S FORMER DEFENSE INTEL CHIEF: Uhm, Of Course Obama Lied About Al Qaeda Being on the Run to Get Reelected 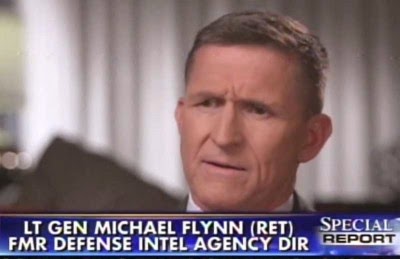 People shouldn’t be surprised that Barack Obama continually lies to us. He lied to get elected and the lies were obvious, such as his lie that al Qaeda was on the run.

He’s been selling us snake oil.

To most of us, this is not big news.

Gen. Michael Flynn, who served under Barack Obama as his defense intel chief, was interviewed by Bret Baier of Special Report this past week and it was clear to him that what Barack Obama was saying was diametrically opposed to all we knew was taking place on the ground.

Bin Laden, at the time of his death, was actively running al Qaeda. Al Qaeda was not on the run. “The lines were thicker and the organizations were more robust”. Gen. Flynn said.

What Barack Obama was saying in the six months prior to the election was the opposite of what he was being told was happening on the ground.

We know Obama skipped many daily intel briefings but it’s not possible he missed this information.

President Obama is a fraud and won the election through fraud.

Lying, to Obama, is like breathing - a natural body function. He has absolutely no conscience or remorse about lying. It's part of his belief system that lying is ok, no, make that - lying is necessary if it gets you what you want. The end justifies the means.

Obama lying what else is new .. the Democrats lie .. The rino Republicans lie
Forget about the Washington rinos getting my vote anymore.
Jeb Bush?? .. another loser!!!!!!
Time for Conservatives to dump the lying Obama GOP!!!!!!!

There's a word for Obama-style lying. It's called takkiya. Whatever advances the agenda. Democrats have their own description: by any means necessary.