Let this seep in for a few minutes. The entire force of the GOP establishment is being applied towards Obama’s most cherished agenda item for his second term, not towards fighting Obamacare and the debt ceiling. While Americans are concerned about out-of-control government, Obamacare, debt, and jobs, these clowns are concerned about illegal immigrants, foreign lobbies, and special interests. --Daniel Horowitz

I'd encourage you to read the comments at Yahoo! Finance, which are running -- oh -- about 100-to-1 against. 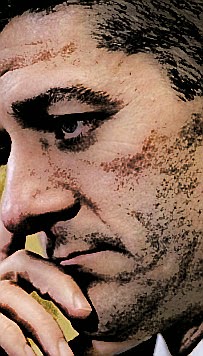 Rep. Paul Ryan on Thursday told Texas business leaders eager for changes to immigration laws that House Republicans will tackle reform in pieces and ruled out negotiations with the Senate on its comprehensive measure.

The Wisconsin Republican didn't offer a timetable ahead of next week's GOP House caucus annual retreat, where Speaker John Boehner, R-Ohio, has said immigration will top the agenda.

Supporters of an immigration overhaul are renewing hopes that 2014 could bring the first sweeping changes in decades. Ryan expressed optimism at a luncheon hosted by the San Antonio Hispanic Chamber of Commerce but reiterated an insistence among GOP lawmakers that reforms happen piecemeal.

"Let's just say it's eight bills — I don't know. These will represent a smart approach ... We don't want to get into a situation where we end up with some big 1,000-page bill. But we do realize there are things that have to be sequenced."

...President Barack Obama has signaled he's open to a piecemeal approach but has said all the components must be done in the end. Ryan said Boehner will lay out principles that will include border security and enforcement of immigration laws — an area where Ryan says Republicans "have a hard time trusting" Obama.

Ryan, who heads the House Budget Committee, favors a way for immigrants living in the country illegally to "come out of the shadows" without granting amnesty. He told the audience that immigration "is good for America" and the economy but said the government must keep track of who's coming and going.

So the establishment GOP, thanks to tens of millions of dollars slathered around by the Chamber of Crony Capitalism, intends to drop Obamacare as an issue and jam Amnesty down America's throat.

Oh, and it's not just Ryan saying it. Number three doofus Kevin McCarthy, the political equivalent of a ventriloquist's dummy, is on the same page: 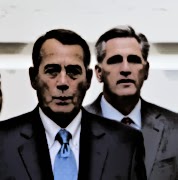 The third-ranking House Republican, Majority Whip Kevin McCarthy (Calif.), said he backs granting legal status, but not a new pathway to citizenship, to millions of immigrants in the U.S. illegally... “The principles aren’t written yet, but in my personal belief, I think it’ll go with legal status that will allow you to work and pay taxes,” McCarthy said.

Couple this with the news that the Chamber has already spent close to $50 million lobbying for amnesty, and you will realize that the fix is in. All of the top House Republicans – Boehner, Cantor, McCarthy, and Ryan – along with the largest establishment lobbying empire, plan to push amnesty even with Obama in the White House.

Let this seep in for a few minutes. The entire force of the GOP establishment is being applied towards Obama’s most cherished agenda item for his second term, not towards fighting Obamacare and the debt ceiling. While Americans are concerned about out-of-control government, Obamacare, debt, and jobs, these clowns are concerned about illegal immigrants, foreign lobbies, and special interests.

So they're in favor of legalization, but not citizenship? That's as much of an oxymoron as "Congressional Ethics".

Here's a hint, boys. No amount of money from the Chamber of Commerce will be enough to save Ryan, Boehner and McCarthy from the political wrath of the American people.

rinos illegals amnesty will
let me sit out 2014..
there is paul ryan lying to conservatives.. illegals pay taxes ,fines ...are rinos saying we are so stupid to believe that rino
this is the death of the republican party ..conservatives need a 3rd party voice in 2014
lying obama a lame duck yet rinos want o lower pay , jobs for American Middle class

What Ryan is really saying is Death to America.

This is the expected end for all RINOs.
Buh Bye, sorry we ever knew ya. Your treachery will choke your legacy.

"Help me fight, help me fight" was their battle cry, but they were giving aid and comfort to the enemy to feather their own nests.

whenever a lying rino gets on tv .. the mute button is engaged just like for lying obama

Conservatives will sit again in 2014 ..
rinos pass illegals amnesty.. they best to become wing of demonrats