Well, this election year is getting ugly, and it’s going to get uglier. There have been several massive disruptions both inside and outside of Donald Trump rallies, and more are promised.

Let’s just get one thing out of the way right at the top: This isn’t about Donald Trump. I find some of his rhetoric alarming to say the least, but the left – which means the Iron Triangle of Cry-Bully Revolutionary wannabes, billionaire agitators, and socialism-loving politicians, formerly called community organizers, formerly called race-baiting agitators – you know, like Obama’s terrorist buddy Billy Ayers.

The upsurge of American Fascism we are observing has nothing to do with Donald Trump, because this is what the left ALWAYS does: they block, with coercion, intimidation or physical violence, any viewpoint not in line with their murderous policies of total political mind control and inevitable economic ruin. What, after all, are Occupy Wall Street and Black Lives Matter but a little street muscle?

Leftist apologists for this street terror, like, oh let’s take Rachel Maddow for example, want us to believe that these violent incidents are the result and not the cause of these disturbances. And that’s because the one requirement for being a progressive is that anything that has ever happened only happened if it advances their warped agenda.

On March 19th, 2016 They attempted to stop drivers from attending a Donald Trump Rally in Arizona, stopping traffic for 90 minutes and inconveniencing, and in fact imperiling the lives of both those headed to the rally and those simply in a rush to get to their doctor’s appointments or pick up their kids after school.

On March 12th, professional protester Thomas DiMassimo rushed the stage at a Trump event. He didn’t like what Trump has to say, so in true progressive fashion he determined to force his opinion on everyone else. 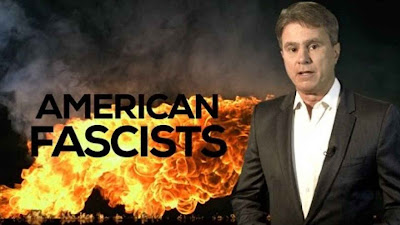 On March 11, progressives rioted at a Trump rally in Chicago, and when Trump cancelled it due to safety concerns, they celebrated their victory over opposing ideas by calling him a coward.

But as I said, this violence is not about Trump. It’s the way they do business on the left. If it were about Trump, then what about this:

On March 18th, Gay conservative Milo Yiannopoulos was banned from speaking in San Franscisco. No concrete reason was given; Milo speculates that he was too gay for San Francisco to tolerate.

On February 25th, Cal State students blocked the doors so that they – or anyone else – would not have to hear Ben Shapiro talk about campus bullying. Once inside the venue they activated the fire alarm. They also assaulted a disabled man – a liberal – who simply wanted to hear what Shapiro had to say.

On November 7th, 2015 Yale students disrupted a William F. Buckly event. One student was removed by force, and several attendees were spat upon.

You can see that at this rate, listing just the REPORTED incidents of suppression, assault and intimidation would take longer than a Fidel Castro speech. But it is interesting, isn’t it, how the left will disrupt a peaceful expression of differing opinions with violence, and then accuse the people holding those differing opinions of starting the whole thing. Basically, if you want to understand the modern left, it’s

It sounds funny, but it’s not. And it’s not new either.

In the 20’s and 30’s, the National Socialists had their own private army to disrupt meetings of those who supported the Weimar Republic or who dared to criticize Adolph Hitler. There is no chance whatsoever—none whatsoever – that Hitler and the National Socialists – the Nazis -- would have achieved power without the Schturm-ab-tellung, or SA: organized street thugs that silenced opposition voices through disruptions, street violence, ripping down opposition posters, and a little murder here and there.

The Chinese Communists did it this particularly well. That’s where this term progressives are so proud of comes from, by the way: Political Correctness. It was a term used by Mao Zedong, who having killed 50 million of his own people in the name of income inequality and free health care, encouraged the cadres of wild-eyed students who beat, intimidated, humiliated and eventually killed anyone who disagreed with their socialist utopia.

So what are they so afraid of, these progressive American fascists and their street muscle?

Now David Horowitz is an intellectual titan – I ought to know; I work with him often, as I did on this segment. But physically, David is not a large man. So what are these young, healthy, twenty-something students, and their tenured fascist enablers, so afraid of?

They are afraid to listen to our ideas, because our ideas are better than their ideas. And they know it, whether they face it or not.

You can’t blame these American Fascists, really. Violence, disruption, riots and chanting are all they’ve got. Conservatives love free speech, and defend it with our lives, because when it comes to the free exchange of ideas, we win and they lose and both sides know it, which is why one side is for free speech and the other dismisses as hate speech any word, sentence, speech or rally that threatens their goal of ensuring that the University becomes a place to go to perpetually close the human mind and that political dissent be crushed with the same violence these fascist bastards on the left have always employed.