Department of Justice officials have impaneled a federal grand jury in the Hillary Clinton email case and FBI agents have launched a second, separate investigation on political corruption involving the former secretary of state’s official activities and the Clinton Foundation, a former U.S. attorney told The Daily Caller News Foundation.

Joseph E. diGenova, who served as U.S. attorney for the District of Columbia for four years, said Wednesday he believes the FBI is investigating two separate Clinton scandals.

“The Bureau has between 100 and 150 agents assigned to the case. They would not have that many people assigned to a classified information case,” he told TheDCNF, addressing Clinton’s use of a private email server located at her New York home.

“Based on reports that agents are asking questions about the foundation, it seems to me it is the subject of a second prong of the investigation,” he said. 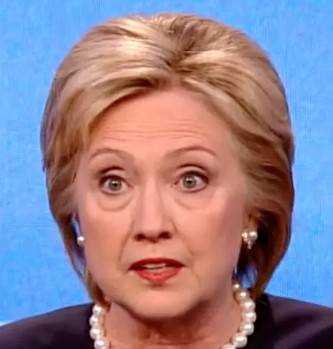 A number of the 55,000 pages of government-related emails that were released under a court order also show numerous emails between Clinton’s aides and the Clinton Foundation’s foreign policy director, Amitabh Desai.

The corruption probe is being led by the Justice Department’s public integrity division, a former FBI agent who requested anonymity told TheDCNF.

DiGenova said it was clear to him if a federal grand jury had been impaneled after Justice Department officials acknowledged they had issued statutory immunity to Bryan Pagliano, Clinton’s former IT chief.

“It is inconceivable to me that they could have done that without subpoenaing documents from third parties,” he told TheDCNF, “You cannot declare immunity except in the grand jury context if it was statutory immunity.”

Department of Justice officials granted Pagliano immunity from prosecution in return for full cooperation with the FBI over the operation of the private server, according to the Washington Post.

“My long experience as the United States Attorney and an independent counsel makes me conclude as a matter of professional judgment that a grand jury exists,” diGenova told TheDCNF. “It is readily apparent to me that there is at least a grand jury impaneled for the purposes of issuing subpoenas,” he said.

Matthew G. Whitaker, a former U.S. Attorney for the Southern District of Iowa, agreed, saying “a grand jury impaneled for the purposes of issuing a subpoena makes a lot of sense.”

The Obama administration has been coy about whether or not a grand jury had been impaneled in the Clinton case. U.S. Attorney General Loretta Lynch side-stepped the issue in a Feb. 29 Fox News interview, saying, “we don’t comment on specifics.”

DiGenova said he expected an FBI recommendation on at least one of its investigations to be sent to the Justice Department within the next 60 days.

A grand jury’s goal is to determine whether or not there is “probable cause” one or more persons have committed a federal offense. It is not an indictment. A grand jury can issue an indictment or return what is called a “no bill,” meaning there is no legal action.

It is also not clear who is the “target” of the grand jury. In a Monday interview with Fox News, Clinton insisted she was not a target of the Justice Department or of a grand jury. Clinton, however, could be the “subject” of an investigation, but not a target.

A “target” is when a prosecutor or a grand jury has substantial evidence to link a person to the commission of a crime and who, in the judgment of the prosecutor, is a defendant. While a “subject” of an investigation is a person whose conduct is within the scope of a grand jury’s investigation but may not have committed a crime.

Whitaker also said Clinton can play dumb if her lawyers have not asked the Department of Justice outright if she is a target.

“The real question is whether her lawyers have asked the feds whether she’s the subject or target of an investigation,” he told TheDCNF. “If they have not asked the question, she would not ‘know’ the answer.”

“Even if a grand jury is impaneled, it doesn’t mean culpability,” Zaid told TheDCNF.

The Justice Department cautions that convening a grand jury in itself is not the equivalent of an indictment.

The Department of Justice did not respond to TheDCNF’s request for comment.

If this indictment occurs, it could be a golden opportunity for Rubio & Kasich to run on the Democrat side, where they should have been the whole time.

I want to see her Head on a Pike with an Indictment stuffed in its mouth while Trey Gowdy smears her bloof on his face screaming "Eric, Lois, Huma!, Get in line, you're next!".