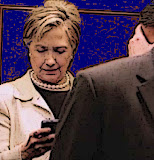 The State Department announced it may put off its review of the sensitive classified information former Secretary of State Hillary Clinton sent on her illegal, insecure email server until after Election Day.

The server is at the heart of the scandal over Clinton's mishandling of an Islamic terrorist attack in militant-infested Benghazi, Libya on the 11th anniversary of 9/11 that left four Americans, including U.S. ambassador Chris Stevens, dead. Even now, three years after the assault, the Obama administration has failed to provide an autopsy report about Stevens who was initially reported to have been ritualistically sodomized before being murdered by Muslim terrorists.

But this possible delay is a transparent ploy intended to benefit Clinton's presidential campaign. 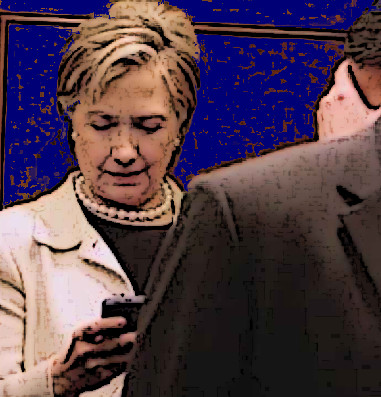 If the review is delayed for eight months or more, voters who are entitled to know the true extent of Clinton's misdeeds may not find out exactly what she did until it is too late to reject her at the ballot box in November.

The review is intended to examine to what extent Clinton's cavalier approach to keeping state secrets may have damaged national security. The Clinton campaign brushes the probe off but sources at the FBI and the Justice Department say a criminal investigation of the former top diplomat is already underway.

If the FBI is moving forward, it has changed gears since last fall when the investigative agency was criticized for dragging its heels in probing the Clinton matter.

The White House is obviously in no hurry to conduct a proper investigation of Mrs. Clinton's crimes so it is stonewalling, falling back on an old Clinton tactic aimed at making big problems go away. Of course there is no earthly administrative reason why the State Department can't complete its review in a timely manner, but the Obama administration is interested only in politics, not justice or national security.

But the Obama administration is apparently hoping that the power of bureaucratic inertia will help get Hillary into the White House.

"We're not going to rush judgment of any of these things," Department of State spokesman John Kirby told reporters.

"I'm not going to commit to a specific timeline. The secretary wants this review done thoroughly and accurately and efficiently, and he's not going to allow himself or the process or the department to be driven by the political calendar on this," Kirby said.

Kirby's attitude stands in stark contrast to that of federal judge Rudolph Contreras who ordered more than 30,000 of the Clinton emails to be made public. Contreras said voters are intensely interested in the emails and that's a key reason why he ordered the document dump be completed by the end of February, just before the Super Tuesday primaries were held.

This effort to derail any effort to hold Clinton politically accountable is yet more proof pointing to her guilt.

The fact that Mrs. Clinton destroyed email evidence -- evidence subject to a congressional subpoena, no less -- is already evidence in itself that she obstructed justice through spoliation of evidence. Spoliation means you can take as evidence the fact that evidence has been destroyed. Courts are entitled to draw spoliation inferences and convict an accused person on that basis alone.

Hillary knew from her first days running Foggy Bottom what the rules regarding official email were. She knowingly conspired with others to evade them. Evidence strongly suggests that Obama administration officials at the highest levels were long aware of Clinton's cloak-and-dagger email infrastructure. The congenitally corrupt Clintons created the system to frustrate Freedom of Information Act requesters, shield Hillary's correspondence from congressional oversight, and steer money to the international cash-for-future-presidential-favors clearinghouse known as the Bill, Hillary and Chelsea Clinton Foundation, which, amazingly enough, still enjoys tax-exempt status.

Meanwhile, the Department of Justice has granted immunity to Bryan Pagliano, the former State Department staffer who maintained Clinton’s illicit email server, according to an unnamed law enforcement official. The grant comes as the FBI investigates Clinton's mishandling of classified information in messages she sent through her insecure email system.

Pagliano had worked on Hillary's 2008 presidential campaign before installing the server in her Chappaqua, N.Y. home in 2009. He invoked his Fifth Amendment right not to incriminate himself when he previously testified before Congress.

Experts say the so-called home-brew server was probably hacked by foreign intelligence agencies. The Russians alone tried at least five times to break into Clinton's email. She has long maintained she never received or sent classified information through her hacker-friendly Internet server, even though many messages have been found to contain classified "top secret" information.

This kind of incompetence and corruption is just a small taste of what awaits Americans should Hillary Clinton become president.

Once her thighness is elected, all traces of conspiracy and corruption will go the route of Vince Foster.

She should be behind bars now, not on the campaign trail.

Don't believe it, if the Justice Dept or FBI doesn't go after Hillary it will make them both a political possessed Government Agency. Which will re-enforce and remind people just how corrupt the agency's are. A win for Trump and Cruz.