It’s a well-established fact that by setting up her private email server in the basement of her New York home, Secretary Clinton was able to avoid accountability through Freedom of Information Act (FOIA) requests.

Here are just a few of the reasons behind Clinton’s private server: 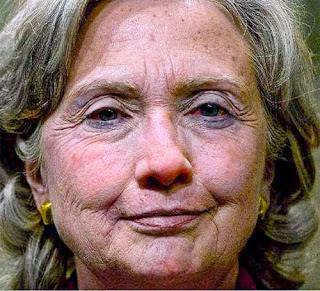 Lost in the classified kerfuffle is the other, lately ignored but still potent, scandal: the Clinton Foundation, and the unethical mixing of Mrs. Clinton’s public work and her personal fundraising/speech-giving/favor-doing. The more evidence that comes out, the more it looks as if that server was set up to provide an off-the-grid means for those two worlds to interact....

...Foundation cash after Russian mining approvals. More than a dozen speeches by Bill to corporations and governments with business pending before Hillary’s State Department. Dozens more donations to the foundation from companies that were lobbying the State Department. Checks to the foundation from a Swiss bank after Secretary of State Clinton solved its IRS problem. An email to Ms. Abedin, while she was at State, asking for help winning a presidential appointment for a Clinton Foundation donor.

What else? Plenty, surely. The Clinton Foundation existed in recent years to serve as an unofficial PAC for Mrs. Clinton’s expected presidential run. And Mrs. Clinton’s job at State was designed to serve the same end. Of course the business of the two was intertwined. And here’s to betting the server was maintained to facilitate that intertwinement.

This could explain mounting reports that a Hillary Grand Jury has been impaneled.

Couldn't you find a more unflattering picture of her? Sheeesh!
Leslie Davis
www.LeslieDavis.org

And, the Clinton Foundation and sale of U.S. minerals to Russia has everything to do with theft of privately owned lands across the nation, specifically farmer and rancher lands in the west, and what has most recently occurred in Burns, Oregon. Thus Mizz Clinton is guilty of murder (again) because a felony was being committed to protect an illegal enterprise - the Clinton Foundation remunerated for assisting the Russians in getting access to uranium while Hillary Clinton was Secretary of State. Oh, what a tangled web Hillary has woven.