Via NewsDiffs, it would appear that the intellectually corrupt editors at The New York Times received a special request from Granny Catlady's campaign.

Remember that emails retrieved from Hillary Clinton's illegal, bathroom email server revealed a series of troubling incidents in which mainstream media coordinated its "reporting" with the nascent campaign, e.g.:

With that in mind, I wonder who rewrote this Times article that began as a glowing testimonial to Bernie Sanders' ability to get legislation passed and ended up something very different indeed? 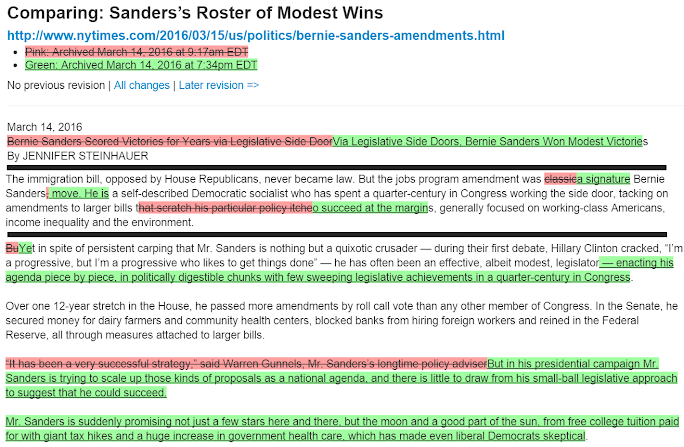 These New York Times criminals are lower than pond scum, because at least pond scum serve a useful purpose burping out oxygen.

And please do not forget that in the novel 1984 the hero - Winston Smith - was employed by The Times do do this very precise task - to constantly rewrite the newspaper's electronic archive so that the historical record met the current needs of the Party.