Many scholars, politicians and policy analysts argue that the Shia and Sunni branches of the religion of Islam are in competition, politically. As a result, they argue.  These two sects do not cooperate with each other.

In addition, they claim that the Islamic Republic of Iran, a Shiite religious-political establishment, would never coordinate with its rivals, the Sunni radical groups, due to their animosity towards each other.

This kind of binary analysis is simply naïve, unsophisticated, and fails to address the complexities and nuances of the socio-political and socio-religious landscapes of the Middle East and Islamic countries.

It is crucial to point out that although both Shiite militias and Sunni radical groups compete in the region, they do stand with each other when their interests converge. One of their ideological and strategic convergences is attacking the “Great Satan,” the US, or its ally Israel.

For example, although Hamas is a Sunni group, the Shiite radical government of Iran has continuously financed, trained, and delivered arms to its fighters and leaders.

Another prominent example that has been ignored by the liberals is the link between Iran and Al Qaeda.

For a long time, Iran has been a shelter for Al Qaeda leaders. But more recently, strong judicial and intelligence evidence shows that the Islamic Republic had a significant role and connection with Al Qaeda in conducting the 9/11 terrorist attacks, which killed thousands of innocents Americans. 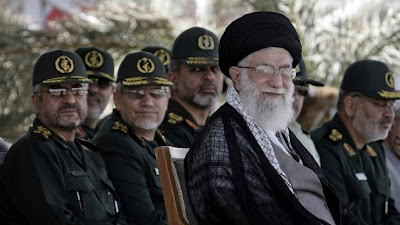 Recently released documents from a federal court in the US reveal that Iran and the Shiite radical group Hezbollah had a “firsthand” role in the perpetration of 9/11.

U.S. District Judge George Daniels in New York ordered the Islamic Republic to pay more than $10.5 billion in damages to the estates and families of people who died at the World Trade Center and Pentagon.

According to the United States District Court, Southern District of New York,  "In the Havlish (previous) proceeding, this Court held that 'Iran furnished material and direct support for the 9/11 terrorists' specific terrorist travel operation' and [that] facilitation of Al Qaeda's operatives' travel to training in camps in Afghanistan was 'essential for the success of the 9/11 operation …. The second way in which Iran furnished material and direct support for the 9/11 attacks was that a terrorist agent of Iran and Hezbollah helped coordinate travel by future Saudi hijackers [.]'"

But the major questions to address are: while Obama’s administration continues its appeasement policy with the ruling authoritarian clerics of Iran, how can anyone hold Iranian leaders accountable for 9/11 or push the Iranian government to pay the damages? Should we continue rapprochement with this regime? President Obama will most likely not agree to even pay damages to the victims from Iran’s frozen assets. He will avoid anything that might upset the Iranian government and its Supreme Leader.

On the other hand, the Supreme autocrat of Iran is increasing his anti-Americanism as the White House continues to placate him. Although Khamenei is receiving billions of dollars due to the sanctions relief thanks to the Obama administration, his last speech was full of anti-American sentiments. In his hometown of Mashahad, where Khamenei gives a speech every year on the Persian New Year, he lashed out at the US and declared that the United States remains the preeminent enemy of the Islamic Republic. Khamenei even ridiculed President Obama for giving a message to the Iranian youth this week, on the Persian New Year. He also called Obama’s arrangement of haft-sin sofreh [a traditional Nowruz food] a way to deceive the Iranian youth.

Furthermore, by increasing his anti-Americanism, the Islamic Supreme Leader of Iran is preparing the path to pull out of the nuclear deal after United Nations Security Council’s sanctions are lifted against the country.

Finally, instead of releasing billions of dollars to the terrorist government of Iran, the U.S. President should address the concerns of the 9/11 victims by holding the Iranian government accountable. For the Iranian leaders, the more the US compromises, the weaker it is getting in the eyes of the Islamic Republic.

So, it makes perfect sense to nuke them up, what could go wrong?

I don't think "appease" and "placate" are the correct verbs to describe Obama's actions toward Iran. One only appeases or placates one's enemies.