ED KLEIN: FBI May Seek Immunity for Huma to Nail Hillary, Not That There's Anything Wrong With That

Accomplished author Ed Klein, who has a superb track record for unearthing scoops related to the Clinton Crime Family (which is the term they prefer, I hear) has another breaking report regarding Hillary's illegal bathroom email server. Which was, I understand, a magnet for both spies and flies.

As context, please recall Hillary's response to the question she was asked during a recent Democrat debate, to wit, whether she would step down if indicted for various crimes related to her email server, mishandling classified information, and/or other criminal activities related to the Clinton Global Graft Foundation.

She responded, "Oh for goodness ... that's not going to happen. I'm not even answering that question."

Well, she better get ready to answer that question, because the investigation of Hillary's email scandal is reaching a climax. 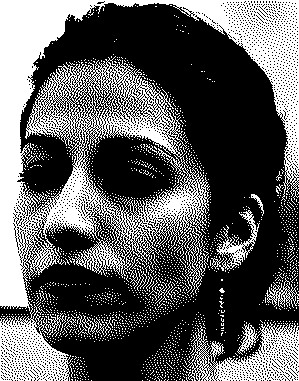 My sources tell me that the Justice Department is close to empaneling a grand jury and deciding whether to grant statutory immunity to Huma Abedin, Hillary's closest adviser.

That would force Huma to testify under oath and face perjury charges and jail time if she lies. I'm also told that Hillary herself will most likely be forced to testify.

Klein indicates that FBI director James Comey is inching ever closer to a recommendation to indict Hillary Clinton, a political hot potato handed to Attorney General Loretta Lynch the likes of which the political system hasn't seen since Nixon.

My sources say the likelihood is that Lynch will not make that decision herself. Instead, she'll probably appoint a special counsel to make the decision. That will get the Obama administration off the hook and avoid charges of a conflict of interest or, even worse, obstruction of justice.

Klein offers a series of intriguing questions that this scenario raises, the first four of which are:

1. Could Hillary run for president if she is under criminal indictment?

2. Would she step down voluntarily?

3. Could the Democratic [sic] Party make her step down?

4. Who would take her place as the party's presidential standard-bearer?

The entire edifice if what passes for justice at the federal level is absolutely corrupt. I refuse to hold my breath, read tea leaves or bones to predict if Clinton is guilty of a crime. (I know she is, good Lord, having handled classified information myself, I would have been charged and found guilty with far less than what is public already). It's hard to believe this is taking so long, has required so much effort to get to this point - where there is still doubt about what may lie ahead. If she were actually indicted, who else can get on the ballot in the time remaining? Sanders is out of his freaking mind, yet he has incredible support. Obama was a symptom of a huge problem, Sanders and frankly Trump are further evidence of the rot in our country. It's all going to come to a head - no one person can fix what is wrong at this point.

They keep giving everyone immunity, one person at a time, and eventually there's no one left to prosecute.

Yes, soon they will also offer immunity to Hillary so "they" can get to the bottom of this matter. Then we all learn the truth and go along our merry way.

@clayusmcret The objective is to get to the "big fish". The underlings are given immunity so they are free to song.