THE TIGHTENING: Trump Lead Over Cruz in California Shrinks to a Single Point Among Likely Voters

The results show Trump polling at 37 percent, with Cruz following at 30 percent and Ohio Gov. John Kasich in third at 12 percent with all voters in the state.

The race was closer among likely voters:

36 percent said they would vote for Trump compared to Cruz’s 35 percent. Kasich trailed behind with just 14 percent of the vote. 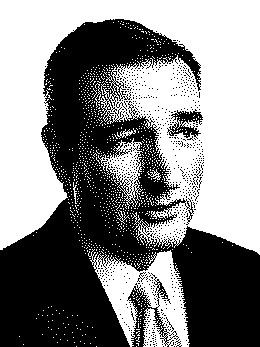 Despite holding a small lead, 27 percent of Republicans in the Golden State said they would refuse to vote for Trump if he is the nominee.

Seventy-three percent of all California voters said they have an unfavorable opinion of the front runner, with just 23 percent saying they held a high opinion of the businessman.

Among GOP voters, 43 percent had an unfavorable view to the 51 percent who approved.

California, which holds 127 delegated doled out on a proportional basis, is set to hold its primary June 7.

Currently Trump is dominating in terms of delegates, holding 739 to Cruz’s 465 and Kasich’s 143.

The poll was conducted off of the answers of 1,503 registered voters in California between March 16 and March 23 and leaves a margin of error of 2.8 points.

This may be the first time California has been in play in deciding a presidential nominee in as long as I can remember. Typically California plays the part of cash cow, and we don't vote until after the nominees have been decided.