Health Care: The insurance industry must be kicking itself for backing ObamaCare. Several have since posted big losses and it looks like Blue Cross Blue Shield got the losing end of the stick, too.

Fitch Ratings looked at nearly three dozen BCBS companies and found that 23 saw a decline in earnings that totaled $1.9 billion in the first nine months of last year, while 16 had net losses. 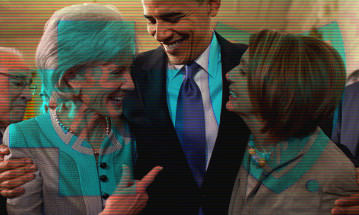 The reason is ObamaCare.

Or as Fitch puts it: "Cost and utilization trends from state insurance exchanges from the Affordable Care Act have been higher than anticipated and are the primary drivers of declining earnings."

This is a big deal, given that Blue Cross plans are often the largest provider of individual insurance policies in any given market. The Blue Cross plan in Michigan has more than a third of the exchange market, in Delaware it's more than 80%, and it is almost 90% in North Carolina.

Given their size, these insurers should have had the broadest and most stable insurance pools in ObamaCare. What they found instead was that the young and healthy are avoiding ObamaCare’s overpriced insurance. If the Blues are struggling, how likely is it that the smaller insurers can succeed?

Many of the Blues sharply increased premiums this year, which Fitch says should improve earnings. Plus, the administration is planning to dole out $7.7 billion in "transitional reinsurance" money, which it hopes will keep insurers in the ObamaCare game at least one more year. They also backpedaled on requiring insurers to have a reasonable network of providers in their plans out of fear that those rules would only fuel more premium inflation.

The law isn't getting any more popular with the public, either. An AP poll found that just 26% say they support the law, vs. 42% who oppose it. And a separate survey by NPR and the Robert Wood Johnson Foundation found that while 15% say the law directly benefited them, 25% said it hurt them.

In short, the stars continue to align for repealing ObamaCare next year, but only if the GOP nominates someone who can win in November.

And you can thank the DEMOCRAT PARTY and OBAMA for this disaster...it is ALL theirs.

So, CEOs, CFOs, Presidents, Executive Vice Presidents, and Boards controlling billion dollar industries made astronomically bad decisions costing their companies hundreds of millions of dollars. Worse yet, these decisions were not based on business principles, but politics.
So, how many have lost their jobs? How many shareholder suits have been filed? Where's the Association for Justice when the country needs it?
The people who made the decisions to back Obama and the democratic party in exchange for political favors still collect million dollar paychecks, deferred compensation packages, stock options, and a myriad of additional compensation plans while Obama schemed for, and obtained, without republican objection, taxpayer bailouts for the insurance companies.
This is America today. This is why people hope Trump will clean house. The game - The American Dream - has been sold to the insiders.

You sleep with dogs...

And in the next election, millions of people who were hurt by Obamacare will vote Democrat. Because yeah, Democrat policies make every problem worse, but the Democrats CARE about the common people while the Republicans only care about the rich.