The establishment Republicans could make me into a Trump supporter. Establishment leader Karl Rove – the Architect – proved once again that there is a good reason why they’ve disenfranchised the base.

Mr. Rove was on the O’Reilly Factor Wednesday evening and was asked by Bill O’Reilly why he doesn’t like Donald Trump.

Rove said it was a matter of policy and character. One of his complaints is that we shouldn’t be funding Planned Parenthood as he suggested Trump would do.

First of all, Trump said he would defund them as long as they are providing abortions and secondly, it was Rove’s RINOs in Congress who funded Planned Parenthood and the entire Obama agenda with the recent omnibus. 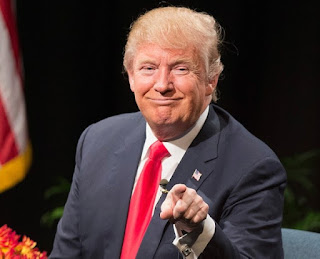 All Trump has said is that Planned Parenthood does some good and he likes that. It is true that in some rural areas, Planned Parenthood is the only medical provider for women. They are a private organization and they need to be defunded because many Americans feel it is immoral to fund abortion providers and shouldn’t be forced into doing it.

Planned Parenthood is the organization that is helping to persecute David Daleidon who did undercover work investigating their shady abortion practices.

Trump isn’t the one funding them, the establishment Republicans did that.

Isn’t it a dirty trick to say Trump will fund Planned Parenthood when he made it clear he won’t?

When the establishment funded the entire socialist agenda and congratulated themselves for doing it, that was it for me. It was like an enlightenment – the light went off – and I saw who they really are.

These people care more about preserving their status and their power than they do about the people or the Constitution.

Rove was on air with his whiteboard last night making a prediction that Rubio would win Virginia and five minutes later, Trump was announced as the winner. Rove can’t make predictions because he’s blinded.

Rove ended his segment with O’Reilly by saying that Trump only has one-third of the base; he completely discounted the fact that Trump is the one bringing people out because he has started a movement; and finally, he declared that Trump isn’t the winner. Rove proved once again that the establishment doesn’t get it.

If any is paying attention for the last several days and watched the establishment gop doesn't have complete disdain and loathe the base of the party {real conservatives}, you just may need a check up from the neck up.

I support Ted Cruz, but could easily jump over to Trump, if for nothing else to blow the establishment up. The likes of Rove, Eddie {Munster} Ryan, Bitch McConnell, Kristol, Lindsey, Haley and all the rest of them, can kiss my A$$.

They are losing control folks and they aren't going to go quietly. . . . the important thing is that they go. They are going to go full scorched earth in the next two weeks, just watch.

Trump is running through Hell with an open can of gasoline. The dirt people are cheering him on. And Hell is terrified.

I decided this afternoon to make Trump the only name I vote for on my entire ballot this Fall, even if I have to write in his name.

Ignore Rove--- He is wrong about everything. I cant even watch Fox News anymore because of the knuckleheads they have populating their airwaves.

Sure Rove is an arrogant back bencher that burns money in losing elections, but siding with Trump because Rove hates him, is like siding with Hillary because Obama hates her.

We can dislike them all and feel safe in knowing, its for good reason.

I've noticed that the people and organizations that I loathe the most- Carl Rove reeking higher than many in that list- are all united: they all hate and detest Donald Trump.

Pretty clear to me that Donald Trump is the right man for the job!