President Obama’s hometown of Chicago has been controlled by his political party since at least 1931. The city is a reflection of a certain style of politics and philosophy, one in which single-party rule, corruption, and the casual disregard of human rights all go hand-in-hand. Perhaps the city’s residents have become accustomed to this state of affairs, but for the rest of us, the Windy City is a cautionary tale of what America could look like if Barack Obama and his cronies were allowed to reign unopposed and unchecked.

Last year, for example, we reported on a lawsuit by a group of Chicagoans that claimed a “civil right” under state law to impose Chicago-style gun control upon other localities. Among those leading the charge in this effort was antigun activist and Obama “spiritual advisor” Father Michael Pfleger, infamous for engaging in provocative and dramatic publicity stunts, which among other things have included leading his flock in a gun shop protest that included threats to “find” and “snuff out” the business’s owner. 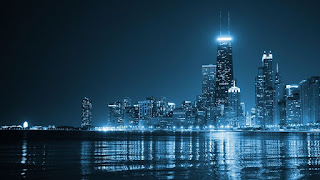 The plaintiffs asserted that illegal gun use in Chicago’s African American neighborhoods leads other local residents “to seek and obtain guns,” including by legal means, which supposedly leads to “a high level of disorder and violent crime” that makes these neighborhoods a less desirable place to live. They asked the court “to put in place by ordinance or regulation the kind of measures or methods of administration … set forth in the City of Chicago’s own municipal code to replace or supersede the current lax methods of administration or licensing of dealers ….”

In perhaps the most unsurprisingly legal development to date in the 21st Century, the court dismissed that suit on Feb. 25, finding that the plaintiffs’ allegations were too generalized and indistinct to establish their standing to sue. The court went further, however, noting that even if the plaintiffs were able to establish standing, they failed to establish the requisite link between the gun control policies of the defendant villages and the extreme violence of Chicago’s mean streets.

For the plaintiffs, however, articulating a serious legal theory, much less prevailing in court, was likely beside the point. The suit served the purpose of giving them a few days’ worth of headlines, the appearance of activism to the uninformed, and yet another soapbox from which to scold and point fingers. Rarely at a loss for words (or shame), Pfleger indicated that the legal fight would continue with an appeal or an amended complaint and expressed his “sadness” that “the judge cares more about the rights of the (gun) stores than the rights of the people ….” Fortunately, the judge (though expressing sympathy for the plaintiffs’ goals) cared most about the law, as is his sworn duty.

Regard for the law, sadly, did not hinder the murderer of Tyshawn Lee, the victim of a crime so brutal and shocking that it managed to distinguish itself from the carnage that has become so routine in Chicago as to pass mostly unnoticed. According to police, nine-year-old Tyshawn was playing basketball in a park on the city’s South Side last November, when he was lured into a nearby alley and shot multiple times, including in the head, in an execution-style killing. Investigators believed the killing was gang-related retaliation against the boy’s father, who media reports indicated refused to cooperate in helping to bring his son’s murderers to justice, even as he was reported to be selling $50 Tyshawn memorial t-shirts.

This week came the welcome news that police have identified and charged the suspected triggerman in Tyshawn Lee’s slaying, 22-year-old Dwight Boone-Doty. Fox News reports that Boone-Doty had been sentenced to five years in prison in July 2013, but he was paroled just three months before he allegedly killed Tyshawn. The Fox report also notes that Boone-Doty has additionally been charged in an Oct. 18 shooting that killed an 18-year-old girl and wounded a 20-year-old.

Against this dystopian backdrop, Barack Obama and his inner circle of Chicago activists would have America believe that the fault lies not with inept leadership, the revolving doors of justice, the prioritization of theatrics over policy, or the collapse of civilized norms in his adopted hometown. Rather, they would tell you it’s the “ready availability” of firearms, if not in Chicago itself, then within a continually expanding sphere that eventually reaches to America’s borders and beyond.

Fortunately, America is a lot a bigger than Chicago, but we’ve already seen the effects of seven years of Chicago-style politics emanating from the White House. That can be stopped this November, but only if freedom-loving Americans make their voices heard at the polls.

Liberalism at its core is rooted in the overwhelming desire for a reality that is different than what exists. Liberalism starts when a person gives themselves permission to construct and maintain an internal reality of their choosing, no matter how much at odds with the outside reality that may be. The external world becomes something to "relate to". The external world is something that imposes itself on where they live and think. The external world thus becomes the place from which to pick and choose the raw materials, the ideas, memes, concepts and such, from which to construct and to decorate their internal reality.

So, to a liberal, reality can be whatever they please for the moment.

The spiritual implications are severe. A liberal never, at least in his own mind, commits sin. Anytime a liberal violates is own rules, he can give himself a pass, a plausible excuse. Since every feature and aspect of his reality only exists because he allowed it there, when a third party objects to any idea a liberal puts voice to, he has objected to a feature of the liberal's own identity. This is why liberals have such quick and such violent reaction to any counter-argument. You have not only disagreed with them, you have nullified a part of their self-identity, you hater!

When a person can never commit sin, they never have to repent nor ask forgiveness, nor ask for propitiation of their sins. Of course, when a person denies their sin, it means the natural spiritual penalties of those sins are still taking their toll on their lives. It is only natural that liberals are deeply troubled people who have no way to escape the natural consequences of their failures. They cannot go to God and ask for forgiveness. And even if they did, God cannot forgive a person who refuses to repent.

So, liberals can never acknowledge that humans are flawed and cannot be made perfect.

In the world of the liberal mind, horrible human failings can just be wished away, or in the case of guns, decreed to be forbidden. Liberals cannot envision that anyone would not obey a government decree, even as they give themselves permission to ignore any government decree that they may object to.

Thus, government must restrict the private use of firearms, but must not restrict a woman from aborting her own unborn child.

It is my theory that a person becomes a liberal in early teens when they give themselves permission to never transition from the play world of children's dreams to the adult world of the hard realities of life. I think one of the components of this failure is that parents fail to continually pull the child into the hard realities of life. Now, as to how parents do this or fail to do this I do not yet know. But if you have children, in your child rearing consider how you can help them to transition from the play world of childhood dreams into the reality of life.

Many good points made in this article. The organized Trump Rally protest ripped the bandaid off the seedy festering pustule that is Chicago politics for all to see, including the unabashed use of fear as a weapon and method of control and deliberate disinformation to confuse and redirect. I agree that the Chicago template will continue to be duplicated unless they are checkmated.